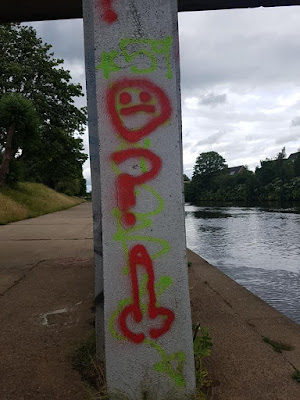 This came out back at the end of June and I've only really got around to it now but it's paying off now the nights are getting darker noticeably earlier and this year's dystopia enters autumn. Minimal and motorik dance rock in a monochrome sleeve from The Vacant Lots, a two man New York based band who take that cold, chilly Suicide sound and add dead- eyed vocals and fuzz guitars to it. This album, their third, was recorded using Alan Vega's Arp synth and with it's title nods to both William Burroughs and Joy Division. Eight songs in half an hour- then go back to the start and play it again.