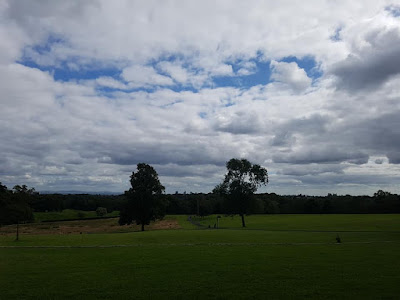 More Durutti Column, a band who have been soundtracking my life for the last few weeks. This song comes from LC, Vini's follow up to the debut Durutti Column album, The Return Of The Durutti Column. LC was recorded at home onto a TEAC four track and one of the sounds of the album is tape hiss- not that it spoils it, it's just there. LC opens with the stunning Sketch For Dawn 1 and near the end comes The Missing Boy, Vini's tribute to Ian Curtis. In July 1981 Durutti Column played at a festival in Kaivopuisto Park, Helsinki, along with ACR and Kevin Hewick. Fifteen thousand Finns had the pleasure of watching Vini and Bruce Mitchell. This clip of them playing The Missing Boy is mesmerising, Bruce watching Vini playing while keeping the rhythm. At one point Bruce has an expression on his face which suggests he can't quite believe what they are creating (the part from roughly four minutes forty onward is especially good).

Never Known is a highlight of LC, a few minutes of Vini's delicate guitar playing and a reverb- laced drum machine. There's also Jacqueline, a song written for and named after the wife of Bruce Mitchell.

In 1991 Durutti Column played at Cities In The Park, a festival in Heaton Park, north Manchester, in memory of the recently deceased Martin Hannett. Sunday's line up featured a slew of Factory acts- ACR, Revenge, Cath Carroll, The Wendys, Electronic, Happy Mondays- plus De La Soul and 808 State. The weather was good and everyone had a good time. Durutti Column played in the middle of the afternoon, their subtle minimal melodies drifting out over the park. Cities In The Park was filmed and later released on video- my VHS copy is long gone but I bought it when it came out and rushed home to play it, hoping to spot myself and my friends in it somewhere, even if only fleetingly. No such luck. A friend on social media is in it, bobbing about in the crowd, in fact he appears in the crowd during the Durutti Column clip, dancing away at two minutes forty five behind the man standing still with a frown on his face. The Youtube clip won't embed but Durutti Column playing Fado is here. The song starts with some of Vini's trademark guitar finger picking, fed through an echo space unit, and his singing. It builds over several minutes, Bruce coming in at two minutes and then joined by some haunting (sampled) backing vocals, and by the time Vini is strumming the main riff over and over the song is completely entrancing. By the time Fado came out on an album, 1994's Sex And Death, Factory had collapsed. Tony Wilson tried to relaunch the bankrupt record company as Factory Too (ironically a subsidiary of London Records, a final kick in the teeth). Factory Too was a vehicle for Durutti Column albums as much as anything else (anything else being albums by Space Monkeys and Hopper) and continued until 1998.

Clip from Helsinki is great. Always good to see musicians lost in a moment and this is a genuinely candid example of that.

Mesmerising snapshots of time and joyful playing. Bruce really is an unsung and brilliant British percussionist. I really would have loved to have heard him play in other settings, but he doesn't seems to have diverged over the years from his muse Vini.