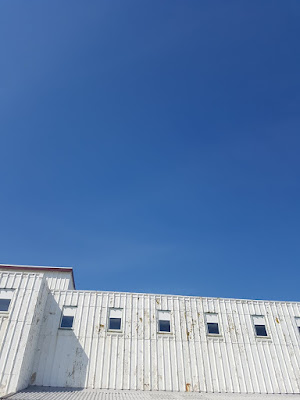 Primal Scream's best record of the last decade is a remix. In 2008 they released an album called Beautiful Future, a record which seemed a bit unessential. It followed Riot City Blues and its corny hit single Country Girl. Throb had left the group 'on sabbatical' and this would be the first Primal Scream record without him on it. It turned out to be Mani's last album with the band- by the time More Light came out he'd gone back to The Roses. The tracklist doesn't suggest there's much here to go back to- Zombie Man, Suicide Bomber, Necro Hex Blues. But there was a release that came out afterwards that showed that the raw ingredients could still be remixed into magic.

Uptown (Long After The Disco is Over) (Andrew Weatherall Remix)

From the smooth echo on Bobby's voice and the dub FX in the intro, the four on the floor drums, and the melodica line, Weatherall constructs a disco odyssey, layering sounds. The bass hits at one minute forty and the shimmering, reverb heavy guitar stabs build. A synth arpegio works its magic. Swooping happy/sad strings. Breakdowns. More melodica. Bobby cooing 'you feel so good you never wanted to leave'. Tom toms. More strings. The disco ball throws lights around the room as the track builds and peaks, the room spinning now as the dancers twirl and writhe, in this ecstatic disco of the mind. Fade, echoes and noise, bliss. Fuck yeah.
Posted by Swiss Adam at 08:00

Love me a Leather Law remix

to be fair, Primal Scream's best records of the 90s were also remixes

Amazing remix but I'm also quite partial to this. https://youtu.be/vOrIRSMhBoo

Oh yes, I'd forgotten about that one Michael.