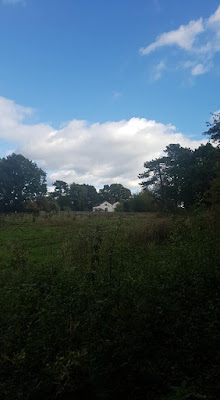 The clocks went back last night, ending British Summer Time for another year. As the jokes on Twitter have been having it, if you're a Brexiteer you can set yours back to 1973 or some imaginary time before you were born when England won the world war and immigration hadn't been invented. If you're a supporter or member of the current government you can reset your clock back to the nineteenth century when letting children go hungry was all part of good old Victorian values. Funny how for a group of people so often vilified as overpaid, useless and insensitive, the most effective campaigner for the impoverished in Britain in 2020 is a footballer. Hats off to Marcus Rashford. 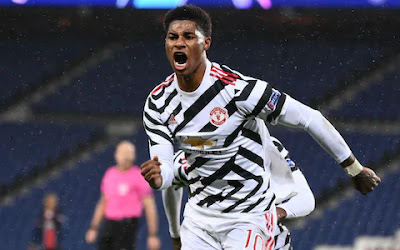 It's funny as well how many Tory MPs are now tripping over themselves to attack him and to accuse him of 'virtue signalling'. There's a list here of all the Conservative MPs, three hundred and twenty- two of them, who voted against extending free school meals vouchers into the October half term and Christmas holidays. Next to their name, constituency and party is a column detailing the amount they have claimed on expenses from the public purse for dining and entertaining since June 2019. Jake Berry, the MP for Rossendale and Darwen and a man who was a big proponent of the so- called Northern Powerhouse, for instance claimed over £60, 000. Vicky Ford, the Minister for Children and MP for Chelmsford, claimed over £50, 000. Three of them claimed over £80, 000. Matt Hancock, role model for over- promoted car showroom middle managers everywhere, claimed over £60, 000. I'm sure that for these MPs, raised on Thatcherite ideology about dependency culture and the managed decline of northern cities and propelled into government by the Brexit culture wars, voting against poor children getting a £3.00 a day lunch voucher while supping subsidised drinks in the House of Commons bar and eating out at London's top restaurants is a moral circle they can square but for many of us it is the worst kind of hypocrisy.

This list compiled by Pete Wylie and Josie Jones as Big Hard Excellent Fish back in 1990 and remixed by Andrew Weatherall summons up the right kind of disgust and shows how little progress we've actually made in the three decades in between then and now.

Anyway, onto happier things... today is my wife Lou's birthday. This is the kind of thing she likes to dance to given the chance. There hasn't been much dancing recently. We did get drunk a few weeks ago and play some records a little too loud in the dining room while our daughter cringed upstairs. In 1987 Frankie Knuckles and Jamie Principle released Your Love, a thumping, hands- in- the- air, genuinely inspiring and uplifting piece of early house music, a record that shows that the world can be a better place even if it's only for a few minutes.

In 2014 London goth rock 'n' rollers The Horrors covered it for a session at Radio 1 showing what good taste they had and how a great song can translate from one form to another.

Happy birthday Lou. Let's make it a good one despite Tier 3 and all the rest of it.

A very happy birthday to Lou - hope she has a good day in spite of it all as you say. Love the thought of you both getting drunk and playing records too loudly. We're never too old.

Great music and, as ever, your summarising of the all the shitty hypocrisies surrounding us right now.

As much as it pains me to say it as a Liverpool fan, I have to take my hat of to Marcus Rashford. The outpouring of support for him on one side vs the incredible opposition from hypocrites and leeches on the other would be laughable if it wasn't so incredibly sad and real. Tories have always been greedy, selfish and elitist, but none more so than this current lot who are the worst politicians I've ever known in my lifetime, and I've lived through Thatcher and her vile cronies.

It's an utter disgrace. Once upon a time people would have taken to the streets to protest against this inequality. Nowadays they're only fussed about wearing facemasks and not being able to have a house party. How low we've become as a species.

I hope Lou is enjoying a very happy birthday today.

Song-wise, an excellent selection. Imperfect List just strikes a chord whenever I hear it, and the Andrew Weatherall mixes are among his best. As for Your Love, it's not only a classic in its own right, but inspired another classic, The Source/Candi Staton's You Got The Love. I'd only heard Friendly Fires cover of Your Love, so The Horrors' version was a treat.

Marcus Rashford has been inspiring, but no surprise at all that having successfully challenged the government for doing the wrong thing, he is now under attack. What the hell is 'virtue signalling' anyway?!

Also no surprise to see my local Tory MP voted against and is in the Top 15 highest claimants, with over £60,000. Pre-Cameron, the MP was Lib Dem and I regularly saw them in the area, engaging with the community and even a few times on the train to London, and always in standard class. How times have changed.

Hope Lou is having a great day. Getting drunk and dancing (badly in my case) to records is something I really should do more often.

C- you're right, we're never too old.
Robster- the fact he's a United player is great. I've seen City and Liverpool fans praising him on social media in the last week so fair play to everyone.
Khayem- Calling it 'virtue signalling' as far as I can see is just the latest attempt by the right to denigrate doing or saying the right thing, right as in proper.
Nick- dancing badly is better than never dancing at all.

Happy Birthday to Lou from across the pond!

Excellent post SA!
As much as things change, they always seem to stay the same. The names in Imperfect List may have changed, but the sentiment remains the same.
As for Your Love, it is the Unicorn of Chicago House. The first 1:40 grows like a seed fro the ground until it flowers into a genre busting mix of 4 to the Floor beats, ambient vocals and dark, romantic electronic melody.

At the risk of sounding like a bitter old bastard specializing in snide comments, I have to say that, while I think it's admirable that Rashford is stepping up on this issue, I find it slightly bewildering that little, if anything, has been said about the absurdity of a footballer earning, what, £120,000 a week, probably more, advocating free meals for those too poor to afford them.
This is not a case of 'virtue signalling' but a sign of the insanity of a society that says it's okay to pay obscene sums to a person who plays sport while kids go hungry. I have no interest in Tory criticism of Rashford (they're hypocritical arseholes, we know that) but to not see an inherent contradiction in what is seemingly altruistic behaviour on the part of Rashford seems to me to be ignoring an uncomfortable truth. I'm not criticising Rashford or suggesting he is being a cynical opportunist, I don't think he is, but I find the mass cheering of his efforts obscures and distracts from a deeper and far more troubling problem than a Tory government refusing to provide the funds.