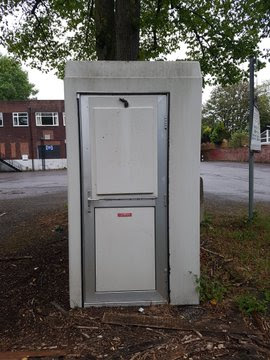 The internet is a wonderful thing- the ability to share across borders and time zones and to connect with people you'd never have otherwise come into contact with never fails to surprise me.

An internet friend originally from London and now based in Japan got in touch to send me some music from Russia and which now I've played through many times since, no small feat given the track is twenty minutes long. Vladimir Karpov makes music as X.Y.R., described on his Bandcamp page as 'Soviet synthesiser designs'. Echoes Of Time is a long ambient piece with found sounds, rippling analogue synths, subdued drum pulses and birdsong. The A- side, Black Monk In the Dunes, is the same length and pulls off the same magic. You can find both here.

Got this album the other week when in Monorail. It was playing at the time. I asked what it was and bought it as did another couple of punters after we had a short discussion about it.

Ha ha! Love it. I read the first few lines of your post and then looked down to the vid and saw: "Video unavailable" People have the ability to share but these companies not gonna let you do that. Fuck them.

I should have added P.S. to that but pressed enter too soon. - Apart from Bandcamp that is. They provide the exception. More power to them.

Ha. That's great Webbie. The irony being that I only posted the Youtube video because the new blogger still won't embed the Bandcamp player.