Easier Said Than Done You Said 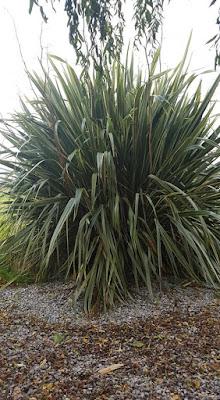 In February 1983 Echo And The Bnnnymen released their third album, Porcupine, a record once again graced with a beautifully shot sleeve, the four band members walking on a glacier in Iceland (something they later said was incredibly dangerous, one false step and death by falling down an icy ravine awaited them). There are Echo And The Bunnymen fans who swear by Porcupine, the pinnacle of the post- punk Bunnyworld but for me it is a flawed and sometimes quite difficult album- despite this it also has at least two of their greatest moments.

Everyone involved in making it says it wasn't a happy experience. The four members were either arguing or not speaking to each other. Ian still had superstardom in his sights and at rehearsal sessions said as much even though they were clearly struggling to come up with new material. Les was unhappy with the music industry. Pete was producing The Wild Swans. Will was making an instrumental solo album. They used a Peel Session to debut and record some new songs including what would become The Back Of Love and Higher Hell, both with different earlier names. In an attempt to get their juices flowing and get them talking to each other Bill Drummond booked them a mini- tour of Scotland. They released The Back Of Love as a single in May 1982, their first top twenty hit, and then after a summer of gigs including the WOMAD festival they went back to the studio to continue recording the album. Pete de Freitas said this was still a horrible time, the opposite of the sessions for Heaven Up Here where everything flowed and they were confident and on the rise. He said that on Porcupine the songs 'had to be dragged out' of them. Then, when it was finished WEA rejected it. Will was mightily pissed off about this but eventually they agreed to go back and do it again. Drummond brought in Shankar to add strings to the songs, such a revelation on The Cutter (another hit). The sleeve, four young men in dark serious early 80s clothing, framed small in the icy landscape hints at the difficulties inside.

Porcupine opens with the two singles, frontloading the album with two of their absolute peaks. The Cutter is tense and dramatic, full of hooks and the kind of sweeping, effortless majesty they had at their best, Ian sounding like the post- punk vocalist, the stuttering he puts into 'm- m- m- m- mustard' becoming a calling card. Shankar's strings give it an Indian feeling and some real menace. Ian drops in some sheer McCulloch brass- 'conquering myself until/ I see another hurdle approaching/ say we can, say we will/ Not just another drop in the ocean'- and the question 'Am I the happy loss?/ will I still recoil?', proper Bunnymen stuff. There's a pause and then we're into the thundering, reckless adventure of The Back Of Love, a song that could define a career and a decade for any band. The drums and bass, produced by Ian Broudie but played with such power by Pete and Les, are phenomenal, continent sized rhythms. Over this Shankar's strings and Will's guitars add the melodies, layers of sound and texture, while Ian sings his heart out. He has described the lyrics on Porcupine as his most personal and that it's an oppressive album for that reason but on The Back Of Love he sounds set free, his voice swooping and diving.

After that anything would sound flat and the rest of album struggles to live up to the two singles. Too many of the songs are unmemorable and they sound overwrought and overcooked, the life sucked out of them by the process of writing and recording them. That's not to say Porcupine doesn't contain any other Bunnymen moments. Listening to it last week I enjoyed it far more than I had previously. After the dead stop of The Back Of Love Ian opens My White Devil in truly memorable style singing about a 16th century dramatist, 'John Webster was/ one of the best there was/ he was the author of/ two major tragedies/ The White Devil and The Duchess of Malfi'. The band rattle in, off kilter percussion and sea shanty vibes. When Porcupine was re- released in 2003 the CD version came with alternate versions of many of the songs from Porcupine including My White Devil, presumably the ones WEA rejected as uncommercial. This take sounds better than the official Porcupine one to me, lighter and less oppressive, more like a step on from the group who made Heaven Up Here. Maybe Will was right.

The Duchess Of Malfi is a revenge tragedy. The Duchess marries beneath her class secretly but for love. Her brothers take revenge but destroy themselves. The White Devil, also set in Italy, satirises the corruption of the Italian court and makes comparisons with the moral and political state of England of the day and the difference between the way people characterise themselves as good or pure ('white') and their reality.

The rest of Porcupine lacks the same killer drama of the singles. Some of the songs try to reach it- Heads Will Roll, Higher Hell- but it feels like a group at odds with itself and songs that have been sapped. Album closer In Bluer Skies has it through, opening with waves and woodblocks and then Ian, 'I'm counting on your heavy heart/ Could it keep me from falling apart?', another question on a record full of them. Will's ringing guitar part is lovely and an accordion or pump organ joins in and the song, as All I Want on Heaven Up Here did, points a way forward from all of this. The waves return and everything sounds better, a band finding a way to hang it all together.

Three months later they'd release Never Stop, a 12" post- punk, dance record firing oblique bullets at Margaret Thatcher and her government, the magick and the light rediscovered, the Bunnygod reborn. Lay down thy raincoat and groove.

Same song on both links ;)

I know it's not perfect, and it is a flawed album, but I love Porcupine, and for me the eastern sounding title track in particular sounds like an experiment that works. The album itself brings back so many good memories of the last year or two of school for me...all Oxfam overcoats, soft drugs and Boots strong hold hairspray. Did you know that My White Devil was supposed to have been inspired by Mac's then wife Lorraine's English A level reading list?

The difficult album - every great band has one. Most find it hard to come back from them.

Porcupine was really immediate for me, It's been very important to me. It came out in the first week of February, 1983. Ten days later my Father died suddenly of a massive heart attack, while in hospital, recovering from an exploratory biopsy on his throat. My life was suddenly filled with the pressures of a 19 year old being thrust into adulthood. School and work and picking up the pieces at home as a son and older brother seemed daunting, were daunting. I escaped to music to work through a lot of my emotions at the time and Porcupine was there like an open door to a room where I could let all the many feelings I had lay bare in a sort of safety. The Bunnymen seemed to take on my anger, outrage, sadness and questioning. The darkness of the songs, like My White Devil and Higher Hell actually felt safe and like a sort of protective cloak, allowing me to be sad for me when I needed to. Ripeness, a song I to this day consider one of their best, help me focus on what I had to get on with. Gods Will Be Gods was just the indictment against faith and religion I was feeling at the time, questioning, accusing, confused. Finally, in Bluer Skies is sort breaking of the storm clouds, reaching safety or at least a point where moving on seems less difficult.

I have always seen Porcupine as the next step in the journey that The Bunnymen were on. I've linked that journey to not just the music but to those untouchable album covers as well. Crocodiles was full of experiment, youthful energy and agnst with a cover that drew on the sort of psychedelia and bravado of the songs. Heaven Up Here, as I've mentioned before, is widescreen, dark blue rather than black and has an album cover that is expansive and sees the band with everything ahead of them. Porcupine is beautiful and dangerous, filled with traps and obstacles and this is prefectly reflected in the cover. Ocean Rain is an album made by a band which had reached the pinnacle of their journey, shimmering and metaphysical, searching for new adventures with a strength of accomplishment reflected in its beautiful Blue Grotto cover.

Nick and Echorich's comments both in different ways say so much about why music is so important to us and the effect it can have especially at a formative age. Thank you both.

These looks at the Bunnymen albums have been really good, Adam.