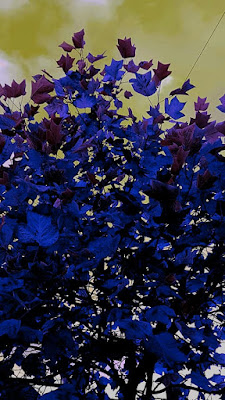 Soundcloud user18081971, Aphex Twin by another name, has posted another long lost track pulled from an old cassette. The track, catchily titled a12.ab3 .215061 is a superb piece of driving, fizzing acid recorded at some point around 1990. This piece of music, three decades old and not sounding at all like it, is four and a half minutes of buzzing 303 bassline, rattling snares and a topline that'll frazzle your head a little. There's a lovely breakdown part at two and a half minutes with a little tick tock melody playing, then everything else drops out for a while and then comes back in for the last minute with some loopy shit going on at the four minute mark. Proper lost in the strobe and dry ice of the backroom of a club stuff, wondering where all your friends have gone but deciding it doesn't matter, just stay near the speakers, it'll all be fine. The only problem with a12.ab3 .215061 is it's too short and ends abruptly, apparently because the tape ran out. It's on user18081971's Soundcloud page as a free download.

Not entirely unrelated but written a century before is this by Erik Satie, Gymnopedie No. 1, one of Satie's modernist, minimalist piano pieces. As this was playing on the computer on Monday morning my daughter passed by and said, 'this sounds sad'. And it does but it's very nice too.

I'm no expert on Satie. I need to explore further. Aphex Twin's 2001 album Druqks contained some Satie style piano pieces, interludes among some manic, rapid fire drum 'n' bass/ breakbeat music. Druqks was released after Richard D James left an mp3 player on an airplane and was concerned the unreleased music on it would be leaked and bootlegged. Alternatively, James had a load of music sitting on his hard drive and wanted out of his contract with Warp. Either way it made for a disjointed album, one which requires some dedication on the part of the listener (or as we'd do now, the ability to rip it yourself and pull out the ones you like into a playlist or a mix CD of your own- probably what he intended all along. I'm sure Satie would approve too).

This is excellent, thank you! Also, your daughter's side-eyeing is a welcome addition to this blog.

There's a lot of side eye going on Aditya.

My mum was a fan of Satie and had an album which included Trois Gymnopedies - it takes me right back to my childhood, but with a poignancy. Your daughter is right.

The music of childhood is poignant enough, weird enough, as it is without it being full of Satie's sadness.

Gary Numan recorded Trois Gymnopedies (First Movement), very faithfully around the time of his Telkom album. Piano, Bass and some wonderful early 80s Synths. Numan manages to find the hint of darkness or menace, which if you listen closely, exists in Satie's composition.
I did my orchestration class final piece based on an influence from one of Satie's Gnossienne pieces - 36 years ago! My professor, who had to play the piano section, gave me the critique that my piano part was diabolical, and very much something Satie would have gotten a chuckle from. I'm still not sure that was a compliment...
What Satie called Furniture Music, we now call Ambient.