Gonna Get High 'Til The Day I Die 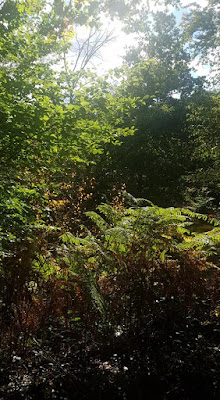 Primal Scream's Don't Fight It, Feel It was one of the songs on Screamdelica that felt truly revolutionary for a group who started as Byrds/ Buffalo Springfield imitators, evolved into a c86 indie band and then reincarnated themselves as leather trousered Stooges rockers. On Don't Fight It, Feel It Andrew Weatherall and Hugo Nicolson made an acid house song and left all traces of the guitar band off it entirely- no guitars, no Throb, not even any of Bobby's singing. Instead Denise Johnson's voice boomed out of the speakers. Weatherall took it all even further on the Scat Mix. Lesser known and heard is the Graham Massey Remix, also from 1991, a juddering Mancunian remix which takes the song into new territory once again, Denise front and centre.

808 State and Massey were on fire around this time. Their 1990 album 90 is one of the best releases from any of the Manchester groups around that time and sounds surprisingly fresh listened to in 2020. Album opener Magical Dream is a real Bagging Area favourite. In June 1990 me, my then girlfriend and my friend Al had my cassette of 90 on all the way from Liverpool to Glastonbury in Al's car. When we pulled into the field to unload our camping kit, it was Magical Dream spooling on the car's stereo. As we got out of the car and opened the boot a mud- encrusted hippy appeared out of a nearby hedge and asked us if we needed any drugs.

That last sentence almost sums up the Glastonbury 1990 experience. I say almost, it was pretty much mine too, except we got out at Castle Cary station, got into the back of a passing young farmhand's truck after he'd smilingly offerred our group a lift the last few miles, only to see him leap out at the other end with a previously unseen mate, baseball bats in hand, to demand a tenner from each of us. Bloody yokels. With our minimal cash, and with the rain all weekend, a magical dream it wasn't, but that is a track really evocative of the era.

I've always wondered where that vocal sample comes from at the beginning.

It was a big tent Al. We could have put some bands on in there if we'd thought ahead.

There's a confidence and effortlessness to 90. And it has not a whiff of ZTT influence about it. One thing Massey and company was able to do that kept the album from being just another Acid House album was the subtle encorporation of some elements of Electro and Hip Hop. Ancodia is like a chilled out Break Dancing track. Cobra Bora is such a fantatic clash of sounds - a song that begged for some risk taking remixes. Sunrise is pure Chicago, full of homage to Marshall Jefferson and Larry Heard. It's my favorite track on 90.

Love 90 and Magical Dream especially, and always thought that Azaelia Banks's Count Contessa - produced by Mancunian Lone - was a homage to it, or rip-off of it, whichever is the more respectful.