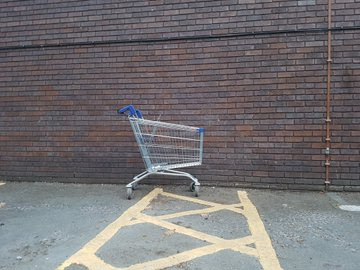 Roisin Murphy's releases over the last couple of years have been so consistently good and so irrepressibly fresh that I was a little concerned that the album might not live up to the high standards she has set. Machine, out last week, proves that there was no need to worry. In 2018 she put out four 12" singles made with producer Maurice Fulton one of which- All My Dreams- was the single of that year as far as I was concerned. For Machine she's hooked up with Sheffield DJ and producer Richard Barrett (otherwise known as Parrot and/ or Crooked Man) and the ten songs that make up the album are all unnervingly brilliant, supercharged house/ disco/ deep house hybrids aimed squarely at the dancefloor. Opener Simulation starts with strings and a kickdrum and Roisin holding forth, 'I will make my own happy ending' and from there on in Roisin and the music are fused together, one entity- Roisin Machine. The following song, Kingdom Of Ends, is a seemingly neverending build up, synths and drums going crazy but never giving in to doing the obvious thing- to climax with a massive drop- but continuing, twisting round and around. At the start of this song, over bouncing bass and buzzing synths she says 'this is easier than I expected', which is laugh- out- loud funny under the circumstances.

The songs on Machine segue into each other, sequenced like a DJ set, with a perfect ebb and flow. Something More and Incapable have both been released as singles and both are better than any other deep house bangers you'll hear this year. Murphy's Law and Narcissus are disco masterclasses. Album closer Jealousy starts with a holler and a roller-coaster bassline, strings sweeping in and Roisin bringing human emotions to the song, a synthesis of classic house and full throttle disco, over and over, the last song of the night. Stunning stuff that you have to give into.

Previously I've been left cold by Roisin's music, even though everyone whose taste I normally agree with loves it. But I put this on yesterday partly from a sense of duty and actually it's fantastic.

Tour De Force! Machine is everything Roísín has been building up to for the past 3 years. Many of the tracks have been released as stand alone tracks in a multitude of mixes, but the album is far from a collection of singles. It is a machine, each song a cog in the works that keeps it well oiled and propels it forward. It is a vital album for 2020.
I have to agree SA, those sessions with Maurice Fulton are so very important to the Roísín of 2020. But she didn't slow down after releasing 8 of the most vital songs of 2018, she followed it up with Narcissus and Incapable, if for no other reason than to prove there was so much more where the Fulton Sessions came from.
Machine is an album that should have seen its release months ago, should have been the album of EVERY summer party on the planet. But it's 2020. That didn't happen. But Roísín made champagne from spoiled grapes and gave us her Lockdown concert series over the summer teasing songs from the album and bounding around her front room to songs new and old. It became my weekend routine for weeks, checking for her latest installment of unbounded artist bounded by pandemic.
SA in 2018, I chose Plaything as my song of the year, but All My Dreams was a close contender. On Machine I am spoiled for choice once again, and am currently mesmerized by Kingdom Of Ends.

I tried hard to really love Moloko but, apart from some occasional flashes of brilliance, I found it hard to fully get into them. This was probably the reason why Róisín Murphy's first solo album passed me by when it was first released. However, I bought Overpowered on the strength on the singles and the striking imagery and I was (excuse the pun) overpowered. Róisín Murphy has just got better and better with each year, both as a singer, songwriter and just the sheer breadth of her music. It's always a joy to read her interviews too. Machine's going on the 'buy' list!