Me I'm All Smiles 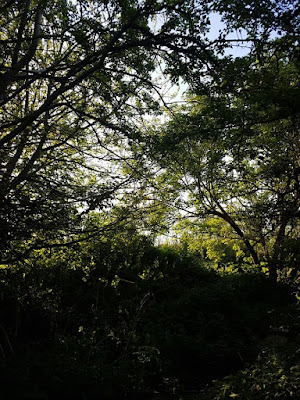 There have been a few Echo And The Bunnymen posts in the corner of the internet I frequent in recent days and it's also forty years since the release of their debut album Crocodiles, both of which seemed like good enough reasons to add some more Bunnymen to the ether. There's a recent Bill Drummond interview where he recalled the early days of the group, when they could barely make the change from a D chord to an A chord in time together but when they did, it was magic. The addition of Pete de Freitas on drums, replacing the Echo drum machine, was the final piece of the jigsaw, a truly great drummer who brought genuine musicianship and also originality to the playing. Once de Freitas was in place they found their sound. Using the Velvet Underground as a model, they knew that you only really need two chords if you've got the right guitar tone, a singer who can make silly stuff sound important and a rhythm section who marry power with groove. If the group look good- clothes, hair, cheekbones etc- you've got everything you need. In July 1980 a year after their debut single, The Pictures On My Wall, and two months after their second 7" Rescue (a song full of hooks pulled to the fore and arranged by Ian Broudie), they released their debut album, ten songs long and mystifyingly, brilliantly missing two early Bunnymen classics, Do It Clean and Read It In Books.

Crocodiles doesn't contain the best songs the band would write, they'd outdo themselves a year later on Heaven Up Here, but it is full of Bunnymen drama and neuroticism, Mac singing of rusty chalk- dust walkers, of being rescued, of stars shining so hard, of the mythical Villiers Terrace and all that jazz, his voice already confident and memorable, while Will, Les and Pete bash away, post punk urgency, spiky guitar parts, some 60s garage rock, some nods to the Doors and a rich, solid bottom end. Will Sergeant, Drummond says, was the heart and soul of the band, a man who thought 'changing chord was selling out' the one who would draw a line and say no- if someone tried to add keyboards or trumpet he'd cut it dead by saying 'it sounds a bit like The Police'.

In 1985 while touring Scandinavia the Bunnymen were still moving fast, four albums in and umpteen singles and B-sides. In Gothenburg hey still found room in the setlist for the debut album's title track, extending it out so Mac could drop in lines from his favourite songs.

The Bunnymen (at least the 83/84 era) were possibly the best live band I ever saw. Was great to see them reform in 97 where they could still be pretty explosive on stage. Great album in Evergreen too. But without Les Pattinson they're not the same band. Recent outings, for me at least, seem a bit tired. Same for the obsession of tinkering with and rehashing old songs. It's a living I suppose...

Agree that they're not the same band without Les. I saw them at the Ritz a few years ago and they were on fire. I wasn't convinced about the rehashings of their songs last year. All I need really is the first 4 albums and the singles/ b- sides from the same period. Evergreen is good but I rarely listen to it.

Crocodiles impacted me greatly. It's an album I can't imagine doing without. It made music dark and magical for me. With it Echo And The Bunnymen drew me into their lair and I have never wanted to escape. Pride, which is smack dab in the middle of side one, is my all time favorite teen angst song.

The first 4 albums are definitely the best. There are some decent songs on all their albums, even the latter ones (All Because of You Days on Siberia is great for example, as is Everybody Knows on Flowers) but unfortunately I think they blew it for many when they did that very ill-advised football record with The Spice Girls.