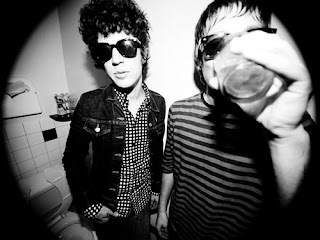 Crocodiles, named I assume after the Bunnymen album, are from San Diego and make scuzzy, fuzzy rock music influenced by The Jesus And Mary Chain. In fact they couldn't sound more like JAMC unless they were called Reid and came from East Kilbride. Still, pretty good. This is Neon Jesus from 2008.

East Kilbride is a shit hole