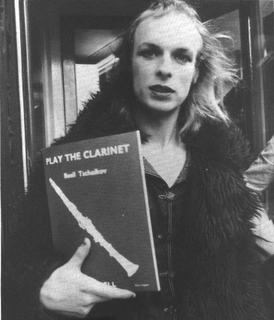 There's something about Brian Peter George St John le Baptiste de la Salle Eno I struggle with. You can't argue with so many of his contributions to popular music- he played 'tapes and effects' in Roxy Music, recorded and produced some of David Bowie's best albums including the song Heroes, worked with Talking Heads on their four most brilliant and groundbreaking albums, invented ambient music with Music For Airports, recorded solo albums full of invention like Before And After Science, Another Green World, Taking Tiger Mountain and Here Come The Warm Jets, found time to invent sampling preachers and cut-up techniques on the still astonishing My Life In The Bush Of Ghosts with David Byrne, introduced his Oblique Strategies cards for increasing creativity and breaking deadlock in the studio, and inspired directly or indirectly a multitude of dance and electronic acts, art rockers and post-punk bands. Yet at no time in the last few years in the studio with either U2 or Coldplay did he manage to turn over the Oblique Strategy card that read 'Why don't you four boring mass-market, lighter-waving encouraging, badly dressed, yawn-inducing, chest-beating, non-entities leave here and go and do something else outside music?'.

The album Here Come The Warm Jets is a mixture of glam and art rock, with members of Hawkwind, King Crimson, Roxy Music and Pink Fairies contributing. He tried a variety of unusual methods in the studio to get results- dancing for the musicians and getting them to play accordingly, singing nonsense and then turning the nonsense into the words the nonsense suggested, treating the guitars so they sounded like 'warm jets'. His vocals can be an acquired taste, and his output is a bit all over the place but there's little he did in the 70s which isn't worth a listen. Still don't get the U2 or Coldplay collaborations though.

Here Come The Warm Jets.mp3
Posted by Swiss Adam at 19:24

Neatly nailed summary of Sir Brian of Woodbridge. Have you checked single only release - Seven Deadly Fins? On my blog as well as some BBC sessions and rarities if you dig about..

I love Eno. I guess the U2/Coldplay thing is just 'work'. There's nothing he's done solo that hasn't either thrilled or delighted or moved or intrigued me, sometimes all at once, and I can't say that about many people.

I think you're right Davy

brian eno and bernard sumner are my favourite singers and lyricists. a collaboration with david gilmour,bernard, and brian , is my wish, my prayer-- these three gentle giants are adored , beloved ,respected,and deserving of all the greatness that god has bestowed upon them. .