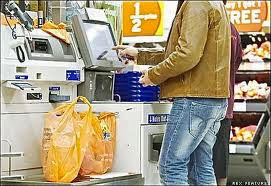 This is my list, based on what has been played the most this year in the Bagging Area bunker, that was released this year. Judging by many of the names it looks like it could have been put together in 1991 and probably won't have too many surprises for those that read this blog regularly. I really don't seem to have stuck with new stuff by new artists this year. Two of my most played pieces of vinyl in 2013 have been Kolch's Der Alte and Glass Candy's Warm In The Winter, but both came out last year. I have gone for a dozen records (albums, singles, eps, 'internet teasers'), plus a book.

Thirteen. Morrissey 'Autobiography'
As Davy said, his best work for ages. Too much on the court case but the first half is superb. Far better than it could have been and full of music. And people he's fallen out with.

Twelve. David Bowie 'The Next Day'
But especially Where Are We Now, just as it was so unexpected. And so good.

Eleven. Two re-issues (cheating I know but it's my list)- The Clash 'Sound System' and Bob Dylan 'Another Self Portrait'.
Once you strip away the lovely ephemera and trinkets from The Clash box set you are left with the best re-mastering job I've heard. And the Dylan thing was a brand new look at some previously unreleased or unloved songs, beautifully played and sung.

Nine. Steve Mason 'Monkey Minds In The Devil's Time'. If only because in Come To Me and Fight Them Back Steve Mason released two of the year's most affecting, emotion-laden songs, but in two very different ways.

Seven. Primal Scream 'More Light'.
The more I lived with it, the better it got. Their best lp in a decade and though sprawling and heavy, it's got depth, soul and invention, and they sound like they care again. Well done to David Holmes for the production job. It's Alright It's OK- the festival song it's OK to love.

Six. Warpaint 'Love Is To Die'.
New album in January. This is the best kind of advance warning- slinky, groovy dance rock from four girls who know exactly what they're doing.

Four. A bagful of Andrew Weatherall remixes.
Emeliana Torrini's Speed Of Dark, Jagwar Ma's Come Save Me and Baris K's 200. Spaced out dance pop, with dub basslines, indie -dance, eastern dance house. Taken together almost thirty minutes of far out bliss. But most of all the stupendous remix of Moby and Wayne Coyne's Another Perfect Life. Still not out on vinyl. Why? Write to your MP now, start a petition, call the Omsbudsman. It's a disgrace.

Three. Daniel Avery 'Drone Logic'
Electronic music, techno and ambient and acid and all the rest, aimed the dance floor and the headspace. The last few songs are close to perfection, the first few will make you move your feet.

Two. my bloody valentine 'mbv'.
What still gets me about this record is the sound- the way that some things sound dead close and some sound dead far away and how much thought has gone into this. How no one else sounds anything like mbv do. new you is beautiful. And wonder 2 is the sound of a helicopter taking off at a drum and bass night,  twenty years ago and today, simultaneously. Don't know why he's abandoned capital letters but with this record he can do what he likes.

One. The Asphodells 'Ruled By Passion, Destroyed By Lust'.
Simply my most played album of the year- twelve tracks mixing up dub, early 80s punk-funk, John Betjeman, and acid house. Easy to lose yourself in, full of invention and the joy of repetitive music, I played it nonstop at the start of the year and I've been coming back to it ever since. Lovely packaging with the vinyl. As a companion piece the remix album was a beauty as well. It's about time Weatherall and Fairplay took it out on the road.

Nice, a few favourites and therefore the remainder are must checks.

Thanks for pointing me at The Asphodells. As you say repetitive music, but in a good way.

Thanks also for reminding me I never got round to buying The Next Day. It's now a late entry on the Xmas list.

Very good list, skipping the book. That Weatherall mix has to be released! That's all I want for Christmas

Great list! My 2013 was filled with returns from old faves and this made the year one where I chose to be less focused on music of the now by bands that everyone from The Quietus to The Guardian chose to review. Bowie, Prefab Sprout, Wire, OMD, Pet Shop Boys, The Primitives (possibly the best single of the second decade of the milennium), Kitchens of Distinction, MBV, Suede, Visage and even Adam Ant...Along the way I caught the waves of Savages, The Stranger, The Asphodells, The Knife, Laura Mvula and others.

I ummed and ahhed about Savages. I think they're really good, striking image and all that- but very derivative. And not much fun to listen to at times.