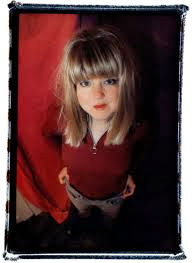 Mary Lou Lord made C86 style indie. But in the mid 90s. In Canada. After starting out busking. Depending on her mood and when it suited her Courtney Love would either claim or deny that Mary Lou had an affair with Kurt Cobain. Mary Lou retired for several years due to problems with her voice but is back recording and playing again now. This song- two chord indie thrum, tons of reverb on the vox- is apparently about Kurt. Whether it is or it isn't, it is a cracking little song.