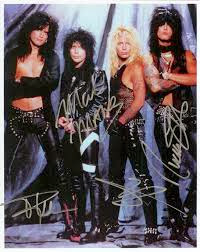 Upon Westminster Bridge is a poem by William Wordsworth. In said poem he did not ponder a difficult decision to be made regarding Motley Crue. Nigel Blackwell did, in the Half Man Half Biscuit song of the same name. In the HMHB song we also get a new version of The Twelve Days Of Christmas sandwiched in...

The song has many, many other delights- dry stone wallcharts, Ken Hom wok sets, iron age hill forts, low cost school trips, Ladbrokes and the return to earth of Jesus Christ and the resulting use of No Need For Nails. It is almost the quintessential Half Man Half Biscuit Song.

Are you a farmer? 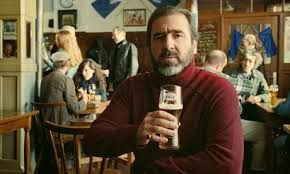 At this time of year, during duller passages of play, a romp through the whole song is always entertaining at the match. 'On the first day of Christmas my true love gave to me an Eric Cantona' and so on...

Dull is the game that goes all the way up to twelve.

I finish work for the Christmas holidays today. Halle-fucking-lujah.
Posted by Swiss Adam at 08:00

"The Crue"'s music leaves me entirely cold, but their book, "The Dirt", is one of the funniest books I've ever read. If you have some spare Christmas vouchers, give it a go!

Ngel Blackwell - the Bard of Birkenhead and a national treasure