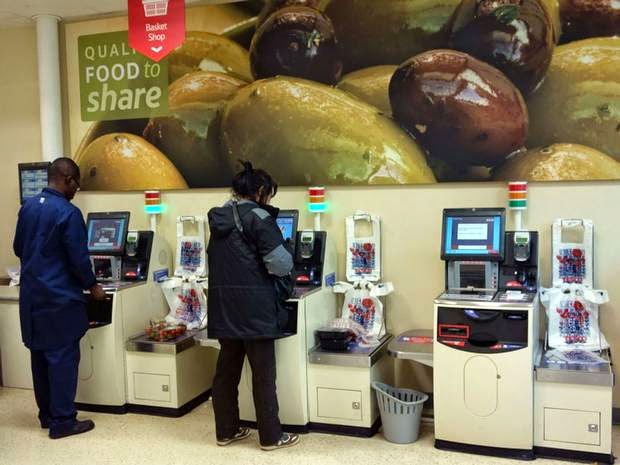 This is my list of the stuff I've enjoyed most this year. There is nothing objective about rating or comparing music, any Best Of... can only be subjective.

Albums
There are two compilations that have taken up some of my listening time in 2014- Kompackt's 'Total 14', two discs of electronic tunes from the Cologne based label, with a high hit rate. The Time And Space Machine's 'The Way Out Sound From In' was a compilation of Richard Norris remixes that worked like a proper album and sounds adventurous and open minded. I liked the Ellis Island Sound album- a bit world music, a bit Talking Heads and Brian Eno. The Amazing Snakeheads 'Amphetamine Ballads' is a menacing, swaggering rock 'n' roll record shot through with hard drink, quiffs and cigarettes. Hollie Cook put out her second album 'Twice', ace Prince Fatty reggae with Hollie's gorgeous and intimate voice. My top five, at the time of writing, looks like this.

5. Aphex Twin 'Syro'
It might not have broken new ground but as a set of electronic sounds it was as good as it was unexpected.

2. Warpaint 'Warpaint'
I started listening to this back in January and haven't got bored of it yet. Dreamy, stretched out grooves with the songs hidden somewhere inside.

1. Jane Weaver 'The Silver Globe'
A month ago I had only just heard of the Jane Weaver lp. It's been on my turntable more or less ever since. David Holmes and Andy Votel produce. The synths are cosmic, the singing beautifully English, the arrangements fantastic.

I don't know what has happened to guitar bands this year. Many of them sound very hackneyed to me. Or maybe my tastes have just narrowed recently. Most of the sounds that I've had on repeat since January have been from the dance music end of things. I loved the Death In Vegas 'Gamma Ray' 12",  really intense and absorbing techno. Several remixes buttered my toast- Khidja's trippy 'Mustafa' as remixed by Timothy J Fairplay and Richard Norris' 'Freaks' re-done Hammer horror style by Ivan Smagghe. I bought Maurice and Charles' 'I, Carpenter' on 12" on a whim and it throbs darkly with Escape From New York samples. I posted an Andrew Weatherall remix top nine last Saturday- the Julian Cope One Three One band Dayglo Maradona 'Rock Section' Remix (only on white vinyl novelty fans) was the best. The Hardway Bros four track 12" from last month (Sleaze) has been on heavy rotation recently.
My top five goes like this

4. Junior Fairplay 'Sugar Puss'
Let's party like it's 1992. Breakbeats and Korgs. On one sided purple vinyl.

2. Friendly Fires and The Asphodells 'Before Your Eyes'
A two track chilled, cosmiche collaboration from the St Albans threepiece and Weatherall/Fairplay. This one came in a lovely thick sleeve and on orange vinyl and the A-side especially is superb.

The Frank Ocean, Diplo, 50% of The Clash collaboration came out on the internet as a tie-in with Converse. It is a sort of hip-hop, doo wop, punky soundclash that sounds joyously great, while Frank sings about the experience of being a black man in modern America. The only thing wrong with it is at two minutes and forty six seconds it is over too quickly.

I just got into that Jane Weaver too (via a review at The Quietus), it's terrific.

Some stuff there for me to check out. I will need to listen to the Jane Weaver one again. The couple of tracks I listened to didn't do much for me but I'm not sure I gave them much more than a perfunctory play.

Jane Weaver and Neneh are both in my albums of the year. The track Argent on the JW album is a contender for my song of the year too. Love it's silly sax break.

I've loved the latest Beck and Ryan Adams this year, and the Manics and Jack White albums are late additions to the list. The Jack White is my favourite sounding album of the year.

Top album of the year though, is Miranda Lambert. Mainstream country. Who would have thought it?

Congrats SA on being able to pare down to 5's!!
Have to agree on the Time & Space Machine Compilation as well as Neneh Cherry release. Brilliant stuff. Warpaint has also stayed with me the whole year. I have some work to do to get down to a Top 20 Albums on my list...

You turned me on to the Jane Weaver LP a few weeks back, for which you have my eternal thanks.
I have to confess that I've never heard of Frank Ocean or Diplo, but it's great to hear Mick & Paul working together again - a good tune too.

Agreed on the Time and Space Machine record and on Jane Weaver. We've made a little film for our series 16 Again with Jane. May I plug it here?
www.worldofhoopla.com.

Congrats to this list. I'll do mine when I'll be back next year. But Neneh Cherry, Jane Weaver (you introduced me as well) and Pete Moninari will be on it. Right now I see Ellis Island Sound on the top of my list.

Merry Christmas to you and have a good time with the one's you love.

Happy Xmas SA. Thanks for all your sound-pushing this year