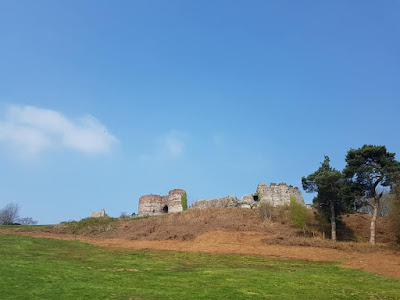 There's been some chatter over at The Flightpath Estate (an Andrew Weatherall Facebook page) in the recent past about the remixes Sabres Of Paradise did for Stereo MCs. In 1992 Stereo MCs were on the up. They'd already paid some dues by being a credible British hip hop outfit, straight outta Nottingham, and got the support slot on a Happy Mondays tour just at the point that the Mondays' star was waning (in the music press for sure)- drugs, a disappointing album called Yes Please, some ill-advised comments in an NME interview. Suddenly the Mondays were fading and each night they were blown off the stage by their support act, fronted by the goatee beard and massive baggy jeans of rapper Rob Birch. The Connected album went overground and ended up advertising mobile phones. Connected, Ground Level and Step It Up all hit the top twenty in late 92/early 93 and were played almost everywhere. Among the many remixes done of these songs were some by Andrew Weatherall and his Sabres Of Paradise and amazingly I've never posted any of them before here. In fact I've never posted anything by Stereo MCs either so today is the day to rectify all of that, four remixes of Everything from the Sabres Of Paradise trio.

The Sabres Of Paradise remixes came out in drips and drabs, one of them as the B-side on the Ground Level 12". Everything Grooves Part 1 opens with organ and then a twinkling piano riff, setting out the stall that this trip will take for the next ten minutes. The drums don't come in until well into the second minute. Half way through a distorted guitar takes the lead, distorted so much it sounds like a distorted trumpet in places. Then the bass joins in. Extended on and on and very good indeed.

At this point Weatherall and co always turned in several versions of remixes. Two of them didn't see a proper release, only coming out on a DJ promo only double vinyl in January 1993 which came trailed with the tagline 'features exclusive dubs by Andrew Weatherall'. Everything Grooves Part 2 has a live hip hop feel in the drums and the piano riff once again leading through this funky ten minute odyssey.

Sabres On Main Street has the backing vocals present from the start and then Rob's rap. The Main Street mix is more respectful to the original song, lengthening it and putting the bassline in the foreground. The distorted guitar/trumpet comes back at the end. The word at The Flightpath Estate is that Stereo MCs dithered on the Sabres remixes, and this one especially, mainly because they were superior to their own and they didn't want to release a vocal version that was better than their own single/album mix. There's also a claim made at The Flightpath Estate that the guitar was played by the guitarist out of Right Said Fred which I really hope is true.

Everything (Sabres On Main Street)

This one has never been officially released and comes from a radio show back in 93 when Weatherall had a residency on Kiss FM. Everything's Gone Quiet is the furthest from the original material, a drawn out smoker's delight that builds on a descending keyboard riff and some very Sabres style percussion. This one draws everything out for ages, adding elements (piano, bass, organ) before that guitar/trumpet sneaks back at the end, as if Hendrix or Miles Davis were wandering by, picked up a spare instrument and then wandered out again.

Ten years later Weatherall in his Two Lone Swordsmen days would remix Stereo MCs again (they had a gap of a decade in between albums) but that is probably best saved for another day. In the meantime, put these four on a CD or playlist and unwind.

I remember talking with Alex Knight in Fat Cat about these remixes, both of us saying it was evidence that AW was back on form. No idea what made us think he had lost form, maybe we missed the edge that Hugo Nicholson gave his remixes, or the epic builds on things like Come Together. Anyway, these mixes are top ten AW ever, in my book

That's really weird. I pulled out the dble 12" of these mixes to play last night as I was going to feature one of the Everything Grooves mix ibn the long song spot but got waylaid with Lone Justice and Hendrix.

Like Mark I rate the Everything mixes very highly.

Thanks for the last mix, I have never heard that before.

that would be of interest if I did Facebook but I don't. I will just have to hope that SA keeps me informed

I know KIP, who'd have thought such a thing would even exist?

Did no one used to visit the Flightpath Estate hyperreal page? http://music.hyperreal.org/flightpath/ Martin, of said facebook page, helped put this together.

Yes, of course Matty, went there often back in the day. Remember once printing the whole thing off, pages and pages of paper.

Love these mixes. Agree among his best ever

Those were the days, and waiting for the 'swords' mailing list to drop in your mail box