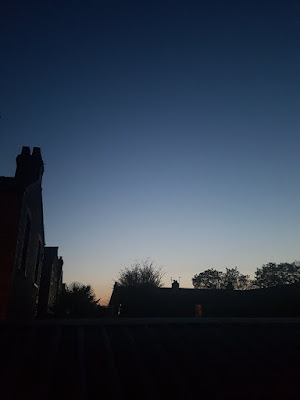 More from the magic fingers and ears of Lee 'Scratch' Perry. His Black Ark Studio had a four track tape recorder. Max Romeo said Scratch had another eight tracks running in his head. Black Board Jungle came out in 1973, recorded with The Upsetters, is a contender for first dub album, separating the instruments with drums and bass in the left channel and guitars and horns largely in the right. This song, Khasha Macka (a reworking of Prince Django's Hot Tip), is a wonderful trip. Check the splashy cymbals and the part at three minutes where he drops everything out to foreground the bass.

Yeah dipping into the works of Lee Perry, all the collaborations, all the versions of versions is infinite. His exploration of sound and space is mesmerising. As you say Blackboard was on a four track as were, I believe, all the later sublime Black Ark recordings. Apparently Chris Blackwell sent Lee an 8 track Tascam at the very end of the 70's, by way of an up grade, but he didn't even bother using it! Miraculous!
-SRC

Ha. 8 tracks was way too fussy for Scratch.

Marvellous. I love the way Scratch left in the bollocking he's giving some poor blighter, before the start of the track.