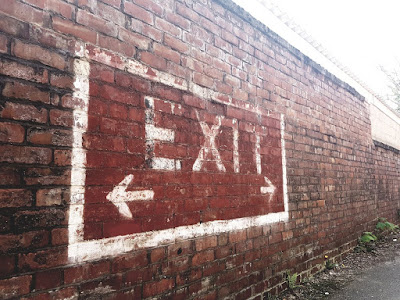 Posting Richard Norris' Group Mind mix on Sunday led to a suggestion from a friend that I might like this album from Mark Peters. Innerland came out in April last year, eight instrumentals named after landmarks in the north west of England. The music is often based around Mark's guitar, his playing echoing Vini Reilly in places, and the tracks build from there. Some of them are quiet and  ambient, emotional responses to moving home- opener Twenty Bridges layers ambient sounds and ringing tones before the guitar peels in. Some, May Mill for example, become more insistent and upfront, quite krautrock sounding with drums, keyboards and crashing guitar chords. As a whole lp it's lovely and thoroughly in tune with what I'm listening to to at the moment. Thanks to Chris for the tip.

Mark was in early 2000s shoegaze band Engineers and has collaborated with Ulrich Schnauss. His move home to Wigan led to Innerland. You can buy it at Bandcamp. It's out on Soic Cathedral who regularly put out good records and the artwork, done in ordnance survey map style is ace too.

Never heard of him before but it is superb. Thanks for introducing me to his music, Adam

Quite lovely. Thanks for this, never heard of him before either.