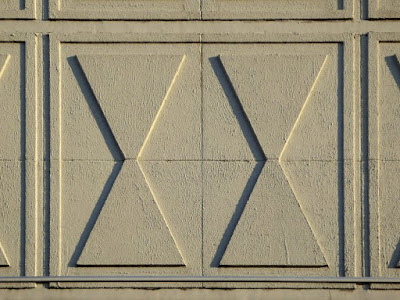 In the late 1960s in New York Steve Reich, inspired by the work of Californian composer Terry Riley, started experimenting with tape loops and noticed the effect of two or more identical recordings slipping out of time with each other. His first phased recording, It's Gonna Rain, was an accident, the result of mucking about with two tape loops of a NY street preacher saying 'it's gonna rain'.  Reich then transferred the effect of phasing into composition and began to write simple melodies based around 12 note figures, changing slightly while repeating, music that was concerned with process and that was deliberately non-linear, there was no climax. I'm sure there are people much more informed about all of this than me but when you listen to Reich and put him in context you start to spot his influence all over the place- tape loops, phasing, repetition, rhythms made without using drums, overlapping parts, the meditative and trance like state that this music creates and so on.

Four Organs is a fifteen minute piece for four electronic organs and a maraca, originally written and performed in 1970. This version was recorded by Bang On A Can in the 1990s and mixed by Reich.

Absolutely brilliant. I featured Glass earlier in this series and have a Terry Riley track pencilled in as a possibility somewhere down the line (although it's a VERY long one!), so to hear something from Reich is a true joy. I love the repetitive, minimal, intricate nature of this form of music in much the same way as I find myself absorbed my anything with a motorik beat. I can get lost in it for a very long time.
Fabulous selection SA, I really enjoyed this one.

This is one I never expected. I didn't listen to something by Reich for ages but now I can get closer to these repetitive and minimal kind of songs structures once again. Great choice Adam and thank you for it.