If We Make The Same Mistake 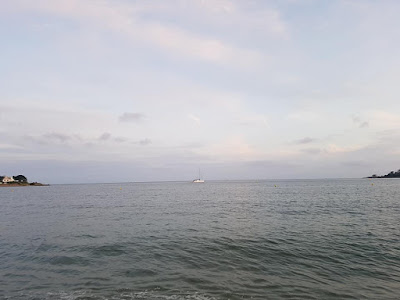 Echo And the Bunnymen's 1981 album Heaven Up Here- a record that kept me company during a cold winter in rented accommodation many years ago- is possibly the group's masterpiece, the sound of a band firing on all cylinders, writing new songs that were a step up from their first flush, adding a weird tom-tom groove to their post- punk rock while constructing a visual world and a look, a style. In the years between 1980's Crocodiles and 1984's Ocean Rain the Bunnymen were unstoppable. Then it all stalled and fell apart- Bill Drummond excused himself from the manager's chair which played a part as did Pete de Frietas' erratic behaviour in 1984-5 and a growing gap between Mac on one side and Will and Les on another. But before that they were something else.

Heaven Up Here opens with three of the best album tracks any album can offer- the post- punk grandeur of Show Of Strength, the urgency of With A Hip and then the dark, bleak, brilliant Over The Wall. In some ways it's easy to want to stop the record there and go back to the beginning and  overlook the rest of the album but the closing few songs shouldn't be passed over, almost matching the opening trio for drama and intensity. Final song All I Want is a gem, led by Pete's percussion and drums, Will's spindly guitar lines being fired off and one of Les' brilliant basslines. On top of this Ian gives a grandiose vocal performance, on an album bejewelled with them. The closing seconds after the final climax has the band continuing the song, recorded very quietly and then fading out, as if they were in a room still playing and someone just closed the door while they carried on, unable to bring it to an end.  All I Want lets some light in to Heaven Up Here's icy gloom, like dawn breaking, especially when listened to with the song preceding it, the sail away dramatics of Turquoise Days.

Labels: Echo and the Bunnymen