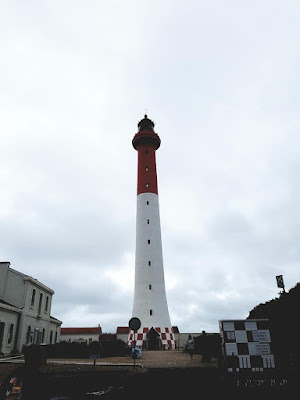 On visiting the above building, phare de la Coubre (a lighthouse on the Atlantic coast of France near Royan) I walked along a path looking at the floor and was stuck by these adjoining pieces of gravel. 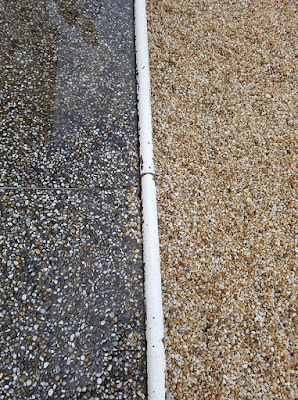 They reminded me of Peter Saville's sleeve for New Order's 1981 masterpiece Temptation. 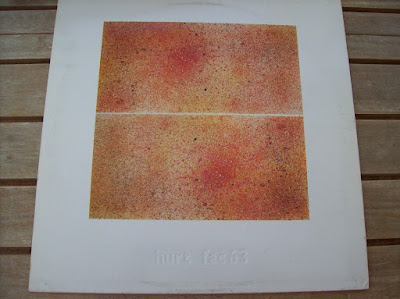 You may say, as a friend has suggested on social media, that my interest in New Order 'may have spilled into less than healthy territory' but in response I say 'yeah but it does look a bit like the Temptation sleeve'.

Temptation was the moment New Order escaped the shadow of Joy Division- previous single Everything's Gone Green was a quantum leap into dance music with some dub production techniques (learnt from Hannett, now abandoned as they produced themselves) but it still had Joy Division's DNA running through it. Temptation was brighter, the synths right at the fore, Hooky's bassline and Bernard's choppy disco guitar leading the charge along with the 'ooh ooh ooh ooh' vocal intro. It is also the first New Order song that is distinctly New Order lyrically, a step away from the portentous, Ian Curtis indebted lyrics of the band's songs up to that point. It's fair to say that Temptation's lyrics Curtis couldn't have written anything like Temptation- it's got a lightness, an optimism and a simplicity he wouldn't have come up with.

Hooky talks about the famous 'eyes drop' in his autobiography, a moment guaranteed to stop hearts and turn gigs. In some ways it could be their greatest song and their greatest single- I know some people think it is. It certainly pointed to the road ahead and the way out of the abyss. They've recorded and released it in various versions. The original 12" from 1981 is still the go to version for me, miles better than the 1987 re-recording for Substance (which has its merits but feels smoothed out).

They re-did it in 1998, flushed by getting back together. The '98 version came out on the extra disc on the Retro box set. It's a decent updating of the song, modernised without losing the ramshackle charm of the original, with Bernard's guitar's well up in the mix and his voice clearly more used to singing than he was in the early 80s. By this point the song had found a new life in the scene in Trainspotting where Renton withdrawals and Kelly McDonald sings to him in a cold turkey dream at the end of his bed. 'Oh you've got green eyes, oh you've blue eyes, oh you've got grey eyes'

I had you in mind. Others too.