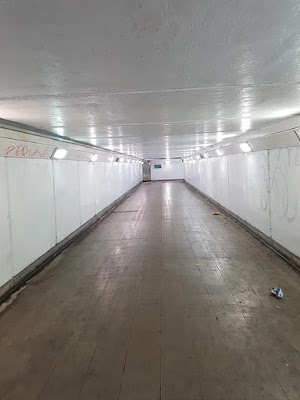 A month ago I watched the excellent documentary Matangi/Maya/M.I.A., a film about the life, music and politics of M.I.A. The film is made up of home video footage, TV appearances, time spent with Justine Frischmann and on the road with Elastica, interviews and various shaky, hand held video camera and phone clips. It's a fascinating document, energetic and gripping. Much of the film centres around a visit to Sri Lanka which Maya extends longer than intended and the impact this has on her convictions and politics and the effect this then has on her music, her view of herself as an immigrant and a Londoner. As her music becomes more popular and widespread she walks into various controversies. She is accused by the US media of being a terrorist sympathiser (her father was a founding Tamil Tiger). She is set up by the New York Times and responds by tweeting the journalist's mobile phone number. She is invited by Madonna to appear with her at half time during the Superbowl and gives the whole of Middle America the middle finger. Her ambition and attitude are evident from the star and she comes across very well too, likeable and genuinely questioning her own attitudes and beliefs. She has swagger and self- belief and has made some of the best pop songs of the 21st century.

I've posted this before but it never gets tired, a thrilling pop- rap blast riding in on that Mick Jones Straight To Hell guitar sample, Diplo's production and M.I.A.'s lyrics about people's perceptions of immigrants (hence the gun shots and cash registers of the chorus).

The best use of a Clash sample? Maybe so. Norman Cook and Beats International made very good use of Paul Simonon's bassline for Dub Be Good To Me in 1990, with Lindy Layton's sweet vocal and The SOS Band's song.

Dub Be Good To Me (LP version)

In 1994 Deee Lite sampled the wheezy organ from Armagideon Times for Apple Juice Kissing, a song about kissing on the back row of the movies and therefore a much less political song than Paper Planes, Straight To Hell or The Clash's cover of Willie Williams' reggae tune but all part of life's rich tapestry. And a very smart use of a Clash sample too.

The Holy Fuck Remix of Paper Planes really is something else
https://www.youtube.com/watch?v=L_RQt9xLfYs

I've somehow managed to avoid bumping into the Deee Lite all these years, so thanks for bringing it to my attention. That version of 'Paper Planes' really is something.

Yep, that remix is a banger.