Much Much Worse Where Clock Goes 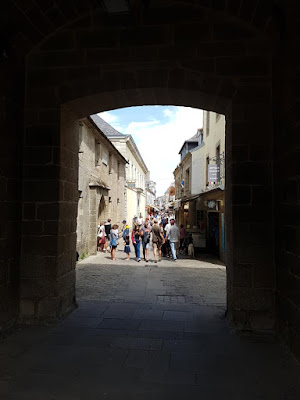 This pair of chuggy, leftfield dancefloor monsters could have been posted on any given Monday in the Long Song slot, both being towards the ten minute mark. Both are from Duncan Gray with some sonic tweaking from Rich Lane in the mastering process. Both are getting frequent plays round here.

Much Much Worse is a stomper with  a massive hoover bass sound, a little clipped and funky guitar part and a flipped out synth topline that dances about all over the place, growing increasingly intense.

Where Clock Goes (long version) is a slow burning, dark disco number with wobbly bass, tsk tsk tsk hi-hats, and synth riffs that builds more and more and more, the whole thing then shifting several times during it's nine minutes thirty seconds running time. This could be twice as long and it wouldn't get boring.

A pound each at Bandcamp.

I really like the second one - the first one is much much worse.