These Are Dark Days That We're Living In 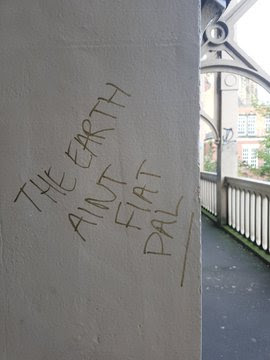 I suppose at the least one thing was made very clear yesterday, 28th August 2019, and that is that there can be no doubts now about where we all stand. The hard right wing of the Tory Party that have taken over government of the UK, an unelected government and Prime Minister, have no fear of getting rid of democracy to impose their will on us. The decision to prorogue parliament, no matter what they say about the Queen's speech, normal process and preparing legislation for domestic policies, has been taken to enforce a No Deal Brexit. The trio who visited the Queen yesterday to tell her to sign the paperwork to approve suspending parliament, to prevent it from challenging the government and it's No Deal fanaticism, have shown what Johnson and his government are. This is an undemocratic, right wing coup. If this was happening in another country, another Western liberal democracy, the media would be reporting it as such, and portraying it as a step on the road to dictatorship. Yet still we see vox pop interviews on the TV news with ordinary people saying that Brexit must be delivered whatever the cost. The cost is democracy.

The government and its advisers care for nothing else except delivering Brexit at the end of October. The constitution, democracy, the United Kingdom (Scotland will surely depart in the next five years), peace in Northern Ireland, everything else, is collateral damage. This also illustrates the weakness of the British political system and fragility of an unwritten constitution. Tradition and convention have been bent out of shape and there is no actual system of checks and balances to protect us from a power grab by the executive. We have a constitutional monarch who cannot interfere with politics. At least in a republic the head of state has legal powers to prevent executives from running out of control. From the palace's point of view, I guess it has at least distracted everyone from that nasty business with Prince Andrew, the underage girls and the dead paedophile.

This is and always has been about the Tory party. In the 90s pro and anti- EU Tories split the Major government. They've been arguing about it ever since. One Tory Prime minister offered a referendum because the Tory party were frightened of the far right UKIP. Another attempted to appeal to both wings to get the UK out of the EU after the referendum. A third is now going to suspend parliament to drive No Deal through (partly in response to the battering the Tory party got from Farage at the elections in May). A few hundred thousand Tries chose the latest Prime Minister despite his history of lies and incompetence. We are all now paying the price of the Tory party and it's problem with Europe.

The opposition are hopelessly split. Individual MPs speak sense but cannot collectively agree on a strategy. There is no precedent for a legal challenge and the media have been undermining the courts since the 2016 vote (Enemies Of The People anyone?). The Labour Party has spent three years fudging the issue. A vote of no confidence looks unlikely to succeed- the maths doesn't add up; a government that doesn't care about parliament would probably attempt to ride it out anyway; a date for a general election would be determined by the Prime Minister and my guess is he'd go for some time after 31st October.

Following the moment in May 1970 that the US army acted against it's own people, shooting four students dead at an anti- Vietnam demonstration in Ohio, Neil Young sang 'tin soldiers and Nixon's coming/We're finally on our own'. I think that is where we're at, finally on our own. We have to take to the streets. Last night's protests can only be the beginning.

At the start of this 1993 Sly and Lovechild remix the voice of the Reverend Jasper Williams speaks out over some piano- 'these are dark days that we're living in, bad situations, a world of tensions and frustrations, joys and sorrows, violences and upheavals, you don't know hardly which way to turn... but you've got to have a determination that I'm going on anyhow'.

The World According To... Weatherall (Soul Of Europe Mix)

As Martin said - there is not one word there Adam that I disagree with.
A brilliant summation of a desperately worrying situation into which we are walking into blindfolded.
It will not end well

Very beautifully written, Adam. Dark, dark times. As an Irishman living beside the border it's always great to see us again being the collateral damage of a severely messed up UK.

A well written piece which reflects my feelings about the disaster of Brexit and the dread future it is shaping. Just when I think right wingers can't do this country any more harm, they set out to cause more harm. For the past few months whenever I hear politicians talk about "democracy" and "the will of the people", I'm reminded of this poem by Kenneth Patchen...

“And When Freedom Is Achieved . .

You have used a word
Which means nothing.

You have given a word

The power to send men to death.

Men are not free who are sent to die.

Only those who send them are ‘free.’

You should have freedom stuffed down your fat throats.

The biggest selling paper here (Portugal) wrote very clearly why Johnson has done this (ie to stop MPs trying to stop the No Deal exit), and the overall slant is one of disapproval. There is a clip of the portuguese woman on Sky news who was very concerned about her application for "settled status", surprisingly the Home Office found a fault with her application (her NI number it seems) and she has to start again (which of course makes no sense as her NI number is not going to magically be changed). It almost appears that the government through the Home Office is trying to put people off.

I saw that clip.
It looks as though she has been nursing here for about 20 years and is being treated like shit on your shoe.
What a horrible, petty, xenophobic and pathetic country Britain has become

Yes, well written Mr Swiss. I had hoped parliament would choke out this Brexit malarky, but i hadn't thought they could just close parliament down! The other way out (other than another referendum - no time) is a quick general election, trouble is Jeremy Corbyn will never win a majority and his past as a euro sceptic doesn't help. Labour need a new centreist leader to break this one, and there's no time!. Looks like a perfect storm, so brothers and sisters bolt the hatches and hold steady.
-SRC

Thanks everyone- we'll have to see how the parliamentary stuff pans out next week. There's a demonstration in Manchester on Saturday I intend to go to. Numbers on the street are important I think.

We've just narrowly taken the lead 5-4 In extra time. But there's still plenty of time til the final whistle

There won't be a final whistle Adam just a very loud bang and then nothing.

Great piece by the way

Sorry for being overly gloomy but I have been in Leeds for three days.

Still it did mean we up here got rid of Rooth The Mooth, so swings and roundabouts as they say

Well said SA but sadly it seems that no matter how many excellent words are written by smart people, the hole we're in keeps getting deeper. Hope you managed to join the march - Not many more avenues (no pun intended) left to pursue.

Joined the march today in Manchester. Fairly well attended. But not the numbers to bring the city centre to a standstill which is what's needed.