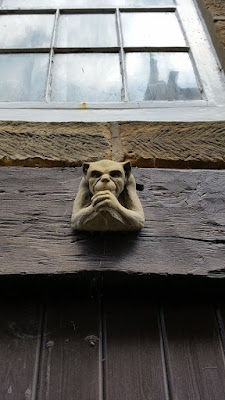 Far be it from me to take the corporate shilling and promote a multinational corporation- but almost all of use Windows don't we? If not Windows then Apple? And I'm not being paid anyway. Months ago someone directed me to these on Twitter, possibly Davy H of the much missed and still sadly inactive Ghost Of Electricity blog. To mark the occasion of the 20th birthday of Windows 95 ideoforms put these onto Soundcloud, the Windows 95 start up sound slowed down by 4000%, followed by the same slowed down effects for Windows 98, 2000, NT, Vista and XP.

All of them become rather wonderful, ambient, Eno-esque moods rather than the brief and sometimes irritating sound of your operating system bursting into life. Eno actually contributed to the creation of the 95 jingle and Robert Fripp did the Vista one. You could probably slow many things down and get them to sound like Eno and turn them into interesting ambient pieces. But like the person in the art gallery who points and says 'my five year old could have done that', it's the doing it that's important.

Ha, yes, I think that was me. Someone call an ambience, etc.

I tell you something lads, you feckers have some neck praising Mark Cav. That goes for you H as well. That was blatant cheating what he did and the arrogance to go with it! You'd think he was a Man U fan . We Irish have little to be proud of etc.

Cheating is a strong word to describe a collision Anto.

And what's wrong with being a Man utd fan?
Don't answer that.
Swiss Adam

I was reminded of how irate Cavendish was of other sprinters taking his line in past Tours. Also looked fairly deliberate. And then the Japanese walking race gets disqualified yesterday for stumbling into back of Canadian. All very unsavoury. But the GB bunch on the 2 wheels did rule overall. That road race in week 1, men and women, was something to behold.

In other news, Mark Cav and Steve Mason have just both been on Soccer AM, Sky TVs flagship bullshit prog.

Its a slow house here today

The 2 road races were properly exciting and gripping to watch. not to mention dangerous. I almost couldn't watch after van Vleuten came off. Looked horrible.

If u want get more information pls click rsgoldfast