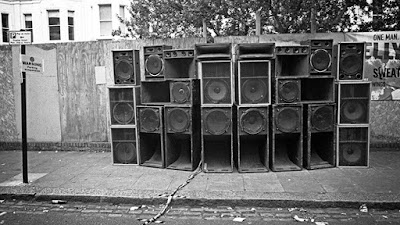 I usually throw cds that come free with music magazines straight into the bin these days but a Jamaican Explosion one survived and when I stuck it the kitchen cd player the other night The Folkes Brothers 1961 hit Oh Carolina had me skipping around while loading the dishwasher or doing something similar.

Forget about Shaggy's 1990s version, this is the real deal. There's an excellent explanation of the song's recording and history here. It may not surprise you to know that Prince Buster was heavily involved. In 1984 the Jamaican government sent John Folkes a certificate for Oh Carolina accrediting him with recording the first ever reggae song. Which is nice.
Posted by Swiss Adam at 08:00