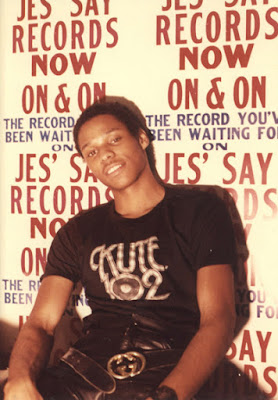 I'm entering week four without my computer. No downloads I'm afraid but the words and the non-downloadable music continues.

The right wing are on the march again. Social media is a giant echo chamber of like minded souls throwing out brief statements towards their friends and followers, glimmers of hope, analyses of what's gone wrong, occasionally funny comments on pictures of the new right wing overlords posing in front of gold plated lifts, racists gloating about how everything will soon be sorted when the immigrants are sent back/stopped from coming. It's dark- in every sense. Dark when I get up to go to work, dark when I come home from work, dark when I open a newspaper or turn on the news.

We can fight this darkness in lots of ways. One small way is by sharing 'up' tunes, songs and tracks to raise the spirits, to put a smile on the face, a melody to whistle or hum as you go to work, songs that matter to one person and to many people. Fuck fascism (and that's what we're facing I fear, the beginnings of a new kind of fascism and a newly confident fascism)- let's dance.

On And On is widely credited as the first house music track, created in Chicago by Jesse Saunders in 1984. Chicago's warehouse scene was largely for and by young black and gay men, with music of transcendence, liberation and rebellion. Saunders, a Chicago dj, had the only copy in the city of On And On Megamix by Mach, his signature tune. One night it was stolen from his record box. Jesse and Vince Lawrence decided to make their own version with a Roland TR 808 drum machine, a Korg synth, a 303 bass synthesizer and some new lyrics from Vince. From this one record came a whole new movement that would cross the Atlantic, create the last true youth music revolution in the UK and the only kind of music that a British government has passed legislation to prevent (music 'characterised by repetitive beats' being listened to by more than 20 people, the Criminal Justice And Public Order Act of 1994). Let's dance.

Sorry if that was a bit preachy.

Hallelujah! Nothing preachy about that, right on the money.

Not preachy at all, simply very well said.
All that's going on just makes me feel more and more out of synch and out of touch with the world. It's always so heartening and important to know plenty of others do share the same views and feelings, that we're not alone.
So "Fuck fascism, let's dance"? - yes! Thanks SA.

It's a c**t of a time for sure. Pete Wylie raised my spirits for a few hours on Sunday night and I have played Come Back and Story of The Blues, full 12" versions of course, a good few times yesterday and today.

Sounds good Drew. I'd have gone like a shot if he'd played here.
Swiss Adam

I like this idea very much. Thanks for suggesting it.

Found my was here via Sun Dried Sparrows - Yes like this sentiment a lot and always up for dancing. "Up" songs all the way.

Nice to see you both Rol and Alyson.
Swiss Adam