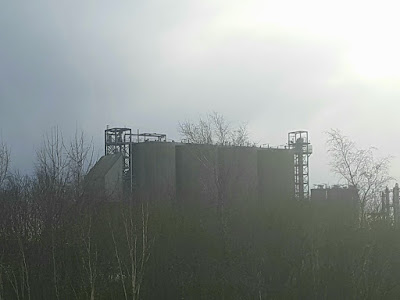 I had something else lined up for today but then I wrote yesterday's post about Sharon Van Etten's Seventeen and this seemed like the obvious thing to follow it with.

Opening side two of Never Mind The Bollocks Here's The Sex Pistols the song Seventeen is a high octane sneer fest from the combined talents of Lydon, Jones, Cook and Matlock. Jones's guitars cough into life, then the riffing starts and Rotten lets fly-

We like noise, it's our choice
It's what we want to do
We don't care about long hair
I don't wear flares

See my face, not a trace
No reality
Oh I don't work I just speed
That's all I need'

Three short verses and what feels like one of the more throwaway songs on Never Mind The Bollocks... but then Cook doubles up on the drums, the guitars pile up some more and Lydon really lets go

For all the fuss about the word 'bollocks' and the subsequent court case and the Bill Grundy show swearing ('you dirty fucker' and 'what a fucking rotter') it's funny to hear Lydon making such a repeated show of the word 'sod' and to use it with such force.

According to Glen Matlock Seventeen was a song that existed before Lydon joined the band which had a lyric written by Steve Jones that Lydon then adapted. Jones' song was called Lonely Boy. Lydon, smart cookie that he is, retitled it Seventeen because 'that's the age when everything hurts the most. You're not quite an adult, you don't want to be viewed as a young whippersnapper, and you're not fully prepared for adulthood either.' Lydon goes on-

'The rest of the lyrics were representing everybody around me, since these are not lonely-boy problems; this is what everybody faces, but nobody faces up to. A good book is when an author tells you the truth and you can tell because they are embarrassing themselves doing it. But facing up to that truth is so important to the readers because it helps them break out of their shells'.

Which is pretty much what Sharon Van Etten was writing about too.
Posted by Swiss Adam at 08:00

Thank you Adam for drawing my attention to this, 'I'm a lazy sod'. One of the great choruses of all time.
-SRC

SA- This DOES NOT give you leave to feature Janis Ian's At Seventeen to finish off the logarithm...

Great move to bring up The Pistols. As you can imagine, I woke up on my 17th birthday and reached over to the record player and cued up Seventeen which I had set up the night before. That's how you start a new birth year!