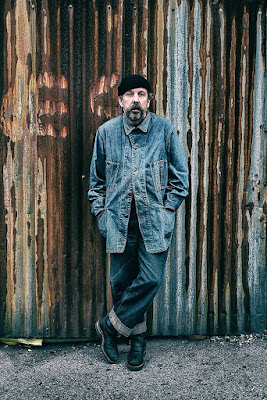 Some more Andrew Weatherall for your delectation. First is a reader request...

Uptown (Long After The Disco Is Over)

In 2008 Primal Scream released an album called Beautiful Future, an album I bought but have hardly played. I seem to remember Bobby Gillespie saying this was an album which had 'sugar coated melodies' or something similar. It came after Riot City Blues which was where I drifted away from the Scream- Country Girl was a pastiche of  pastiche and the rest of the album bar a couple of songs didn't sink in. Having said that Beautiful Future's follow up, More Light, five years later was the best Scream album since Evil Heat for me. Looking at the tracklisting for Beautiful Future now I can't recall much about any of it, there are several collaborations (Josh Homme, Linda Thompson, Lovefoxx), but the bonus/ freebie cover of Urban Guerrilla and the instrumental Time Of The Assassin were both ok. Where Beautiful Future achieves its status is as the source material for one of Andrew Weatherall's greatest remixes and in 2008 a sign that after a few quieter years he was back in the game. Uptown on the album is a Bobby Gillespie Saturday Night Fever tribute song. In Weatherall's hands it becomes 21st century gold, a alchemist's calling card. Opening with dub FX, echoes bouncing around and then Bobby cooing 'you feel so good you never wanted to leave', Uptown becomes a disco odyssey, clipped guitar, a sweet melodica line, four on the floor drums and a bassline from the centre of the club. Weatherall builds it over the ensuing nine minutes, layering sound, the riffs and melodies circling, noises ricocheting left and right, Bobby occasionally whispering 'uptown' and those melancholic, sweeping strings. At the heart of this disco is the eternal sadness of the hedonist, the realisation that the lights have to come on, the night will be over, the morning will come- the knowledge that chasing the magical moments on the floor cannot last forever but that while they last, they are bliss. Short lived bliss. It's all in there.

Before his tragic passing just over a week ago Andrew and Nina Walsh had already lined up the second of the monthly Woodleigh Research Facility digital only e.p.s following January's Into the Cosmic Hole. The second one is called Facility 4: Approach and brings us three more tunes from the end times soundsystem- Fume Homage, The Approach and Servant. The e.p. comes out tomorrow at all the usual digital places. The ghostly noises, the cavernous echo, the steam powered drum machine rhythms, the deep sea bass, the long synth sounds and little arpeggios, the sense of slight dislocation, all lingering on in his absence.

Those strings are even more heartbreaking now!

I also like The Time & Space Machine remix of Can't Go Back. The original was a great track too and along with Uptown and The Glory of Love where the only things that really stood out on that album for me.

I'm not sure I've heard the Time and Space Machine remix of Can't Go Back. Which is an oversight on my part as I'm a big fan of all things Norris.

Weatherall's remix of Uptown is one of those "dance about in your front room with no worries about the curtains being pulled back" experiences! You just get lost in it whether on the dancefloor, in your front room, plugged in on the subway train, or driving down the highway... The strings wrap themselves around your pulsing body, your pulsing mind. As the dub returns in the final minute, it wakes you up and lets you back down on the ground.

Many thanks for Uptown mate.