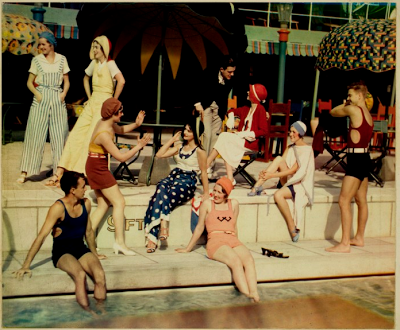 Compilation albums are ace- I don't mean a single band's Greatest Hits or Best Of (although they can be ace too) but compilations of a theme, time period, genre or record label- and cd suits this type of compilation perfectly. You get one disc of 80 minutes worth of music pulling together a range of releases that together make some kind of thematic sense and that soundtrack a time, place, mood, whatever.  Recently I've been listening to the pair of Junior Boy's Own Collection comps- the first one mainly, the one with the mock cigarette cards cover, the second one less so (the one done to look like The Eagle comic). I've had the first one on vinyl for years but found both on cd in a charity shop last week for a pound each and couldn't help myself. The first one has eleven early 90s dance tracks all of which have merit. Some are bona fide classics- Lemon Interrupt's harmonica-house epic Bigmouth, X Press 2 (appearing twice), Underworld's definitive pairing of Dirty Guitar and Rez (their best song? I think so), The Dust Brothers' Song To The Siren. The others have aged well, much better than I'd expected- Farley and Heller's Fire Island project (two songs including Paradise Factory anthem There But For The Grace Of God), Roach Motel's Movin' On, 3rd Eye and Outrage. This JBO compilation is a document of a time and place, or several places, and of ephemeral music, made quickly to be played in clubs to make people dance, but has actually stood the test of time. So, picking one at random, let's have X-Press 2 (Rocky, Diesel and Ashley Beedle) with some four to the floor action.

Love this song, and love all the Boys Own compilations, do you have the later ones mixed by Terry Farley? They are worth a listen.

Nope not got those Drew. Will have a look out.

I got a copy of this, possibly from Andys's Records, for about £3.00 and was laughing my socks off that i had got such a bargain. JBO were a great label and like you say this was a great slice of some of the quality tunes they put out. Mr Bovril.