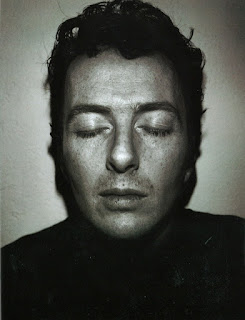 This week's Joe Strummer/Clash obscurity is from the soundtrack of a 1993 film, When Pigs Fly, that ran out of cash. Joe wrote eight songs for the soundtrack of the film, directed by Sara Driver (partner of Joe's friend Jim Jarmusch). The soundtrack was never released, the film couldn't get a distributor, it was only shown at a few festivals, problems problems problems. The songs Joe wrote for it, in the depths of his wilderness years, are all rather good- as is a lot of Joe's soundtrack work- and have a laid back Latin vibe.