I Don't Know Where To Begin 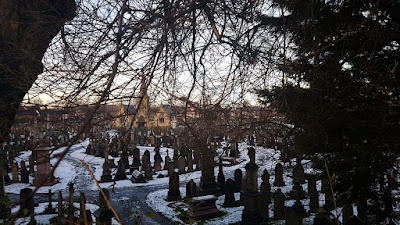 When I posted Islands by The xx earlier this week I said how surprised I was that their debut album as now twelve years old. Music from the 2010s is now well over a decade old. LCD Soundsystem's Sound Of Silver came out in 2006, fifteen years ago. Eventually James Murphy's outfit seemed to be presented with so may layers of knowing irony and hip references that it became difficult to take them at face value. Even on Sound Of Silver, an album with some genuinely breath-taking moments, the Lou Reed pastiche of New York, I Love You But You're Bringing Me Down was almost too much. This song though was a perfect piece of dancefloor punk- funk, a smart marriage of Talking Heads and The Fall for the 21st century.

Starting with what sounds like someone accidentally holding down several keys at the same time and a banging, jerky drumbeat Murphy goes onto satirise his country and European views of it. It explodes several times, Nancy Wang's backing vocals sound superb and after an intense few minutes comes to a very sudden stop.

Edit: I wrote this post, the two paragraphs above and the title, before the insurrection in Washington D.C. on Wednesday. Aspects of the post could take on a new meaning in light of what happened. As shocking as the TV coverage was, it also seemed grimly inevitable that Trump's rule would end like this: refusal to accept or acknowledge facts; violence from his supporters, whipped up by Trump and his family and by members of the Republican Party who have enabled him at every turn. Nothing shows tin pot dictators up quite like the manner of their departure. Mussolini ended up hanging from by his ankles. Saddam was hiding in a hole in the ground. Trump has appeared smaller and smaller in recent weeks as power has ebbed away from him. People have scoffed at use of the word fascist to describe him and his politics, as if it's an exaggeration or an over reaction. I don't think there can be any doubt now.

Great call on the almost perfect references they chuck into the mix.
I was almost suspicious of them despite loving their stuff and seeing them live.
Still, the album's going on for the last hour of work. Cheers.

I loved Losing My Edge and went with them after that and Sound Of Silver was a definite peak- All My Friends and Someone Great were huge, brilliant songs, North American Scum too- but like you say, there was always something that made me a little suspicious. Maybe it's overthinking it and actually I should just enjoy the music.

Well thought out postscript SA. As more and more of the real violence from Wednesday's insurgent attack on the Capitol Building begin to find their way to the news media, it becomes clearer and clearer that My Country has a lot of socio-political soul searching and rebuilding to do. Trump's true Fascism is found in the legitimacy he has given to a new era of "brown shirts" in the Land of Democracy. They are now empowered and don't even need a single leader to focus their rage and destructive intentions through any longer. They wield political power and will attain political gravitas if we don't focus on dismembering their many limbs and heads from the body.