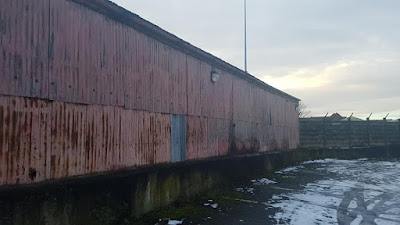 It seems incredible that The xx's debut album is now twelve years old. It was one of those albums that grew in stature, slowly but steadily, and then in the 2010s everyone seemed to be trying to copy their sound. They definitely found a new angle on things, sleek indie songs with electronica's beats and space, nods to hip hop and the influence of some of the post- punk groups- Young Marble Giants and Cocteau Twins are both in there somewhere. Portishead too. The sparse, minimal arrangements, the sharp, clearly defined space that surrounds everything, Jamie Xx's laptop foundations and the foreground basslines with the spindly guitar lines that dance around plus Romy and Oliver's duetted vocals, all came together to make something that was fresh and new and for a sound that was so digital was very intimate and personal too. This song was a single and a perfect snapshot of what made them so good.

As a bonus, this is a Four Tet remix of another song from their debut album, VCR, a showcase for Kieran's skittery beats and topline melodies, a gorgeous eight minute re- working, that makes them sound like him and him like them.

Last year Romy put out a solo single, a throbbing, electric ode to 80s synthesisers and summer holiday Europop, a button pushing euphoric blast of future nostalgia. Stick this on and make that lockdown disappear for a few minutes.

You're completely right. The XX first album grows the more you listen to it. And the remix by Kieran Hebdon is superb.

Saw them in the Usher Hall in Edinburgh on the tour for the second album and they were mightily impressive. Some of the remixes of the first album tracks from the likes of John Talabot and Greg Wilson are stunning as is their covers of Do You N=Mind and Teardrops on the Tour ep single