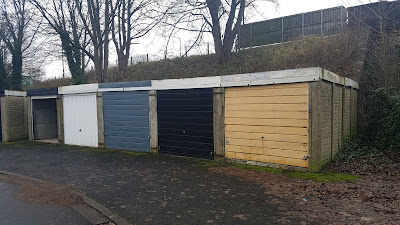 In 1982 New Order were emerging into becoming a new band, something distinctly different from Joy Division. Stephen Morris writes about the period in the second volume of his autobiography and even at all this distance you can see it was a painful period for them. In the wake of Ian Curtis' death, unsure of what they should do and how to carry on, the only thing they really decided was that they should carry on. Stephen mentions how he became uncomfortable with some of the New Order's fan base, the ones who expected them to be a grieving version of Joy Division, and the initial stirrings of the Ian Curtis death cult. Stephen became immersed in new technology, Bernard was interested in electronics and began to receive disco and electro records in the post from Factory's man in Berlin mark Reeder and manager Rob Gretton suggested that Gillian should join the band. Bernard had 'won' the singing contest and was New Order's vocalist but was clearly not comfortable in the rile. They also decided to jettison Martin Hannett as producer. None of these were easy but they continued to feel their way through.

In 1982 they managed to sync up the new technology, marry it to a burst of song writing and cut thorough the gloom with Temptation- a record that sounds like a rebirth, a band who have thrown off the overcoats and embrace something sunnier. Temptation, especially in it's 12" form, is one of their finest moments- possibly their finest- a euphoric and massively affecting song, the four members riding on top of their new sound, released and set free. The B-side is less well known but cut from the same cloth and recorded at the same time. Originally titled Cramp, eventually christened Hurt, is it a superb eight minute song. It starts with a vocodered 'one- two- three- four', a nod to Kraftwerk perhaps, and then a hammering rhythm from the drum machine. Hooky's instantly recognisable lead bass takes up the melody line and some keyboards join in before the crunch at just after a minute and Bernard starts singing. The lyrics were a group effort, partly the result of a Burroughs/ Bowie cut up approach.. For the first time on this song and the A-side Bernard sounds like he is relatively content with being the voice, a little more confident, the whoops appearing alongside his melodica. The sequencer line at four minutes fifty is a joy, the disco elements pushing their way to the fore. Hurt is more rhythmic and heavier than Temptation, which shimmers, but is still imbued with feeling alive along with some of their typical surliness and defiance. Suddenly they sound less like they're touching from a distance, more in touch with themselves.

Great piece of writing SA. As you might know, in general I'm not the world's biggest New Order fan, but I was well into everything they did up to and including Temptation and this post sent me scurrying back to spin the 12" mix again. Terrific stuff.

Like The Swede above, I really enjoyed reading that SA. What a truly superb single Temptation/Hurt was...New Order had some wonderful moments over their entire career but as to whether they truly outshone this is very hard to prove.
While I'm here, Johnson has astounded the education world again hasn't he? Get schools and colleges back in for a day of virus spreading before closing them again. What an absolute tool that man is. When Jeremy Hunt is setting himself up as the Tory voice of reason, as he was today, we know we're screwed...

Yep, agree re: Johnson. Telling us yesterday schools are safe and closing them today. I'm not relishing going back to online teaching.

Thanks both as well. And what a cracking single it was/ is. I love the way they recorded completely separate versions of the 7" and 12" releases and didn't just do an edit. Probably as Morris admits, because they didn't know how to do an edit.

I love Hurt. I have always thought of it as the foundation for Blue Monday. But it's so wonderfully agressive and unrelenting. It's a line in the sand musically - something that is reinforced by what you referred to in SM's book. I have always sworn it is the only time I have picked out Gillian's voice on a track - and even then I could be wrong.