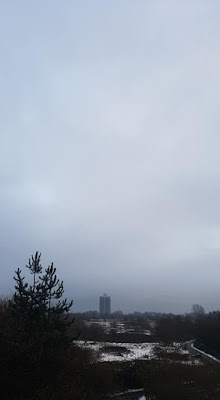 Mogwai's habit of having one sky- scraping, yearning, wall of guitars with a Hooky- esque bassline and singing per new album continues. Ritchie Sacramento is all of these things and more- just like Party In The Dark (from  Every Country's Sun) and We're Not Done (off their soundtrack to Kin) were.

The new album, out in February and called As The Love Continues, also keeps up their strike rate of superb song titles- To The Bin My Friend, Tonight We Vacate Earth is the standout but Fuck Off Money and It's What We Wanna Do, Mum run it close. They get better and better and there aren't many guitar bands who have been releasing records since 1997 you can say that about.

That is fantastic, it manages to reach skywards as well as having a slight shoegaze tinge to it. What a start to Sunday...

I listened to this the other week and was overwhelmed how fresh and great they sound. Looking forward to their new album.

Absolutely stunning. Took me back to the early 1990s yet sounds very now. And those song titles are great.

This is just superb - hits every sweet spot for me, vocal, guitars, fuzzy/gazey chorus...already in the 2021 Standouts Playlist...