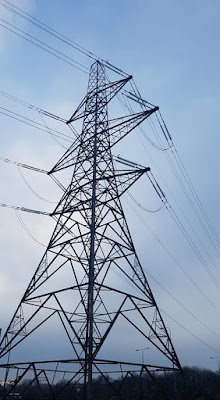 Three more mores. The High came out of Manchester in 1990, four men with their backgrounds in various previous groups (not least drummer Chris Goodwin who was in an early version of Inspiral Carpets and guitarist Andy Couzens who left The Stone Roses when manager Gareth Evans convinced Squire and Brown that the song writing should be credited to them alone). The High's debut album Somewhere Soon and the singles that surrounded it were all fine fare, Byrdsian guitars, swirling 1990 rhythms and the clear voice of singer John Matthews. A year later they released More..., the lead song from a four track EP that should have taken them to the next level, it's chiming guitars and sweet singing were ready made for the charts and some music press front covers in 1991 but it all fell apart.

From a decade earlier, The Clash and the unmistakeable voice and influence of Mikey Dread on Sandinista! One More Dub is the second half of the righteous rock- reggae song One More Time with the rhythm section of Simonon and Headon proving they've mastered the dub swing. One More Dub closed side two of the six sides of Sandinista!, a perfectly paced, pitched and sequenced side of vinyl- Rebel Waltz is one of the group's lesser known gems. Look Here is a bizarro world cover of Mose Allison' modern jazz. Then comes Paul Simonon's The Crooked Beat, his writing contribution to the album, a superb bassline and spoken/ sung vocals about South London blues parties. After that we're into the screeching tyres and sweeping, breathless, sleek rock of Somebody Got Murdered and then the One More Time/ One More Dub double bill.

On their 1994 single Sour Times, one of the stand outs from their debut album Dummy, Portishead presented three new versions of the song. Lot More opens with some scratching and a vocal sample, one phrase borrowed from a Black Sheep record, before the bassline from Lalo Schifrin's Danube Incident kicks in and Beth Gibbons pours her heart out. There was a point in 1994 when everyone was listening to Portishead.

I was wondering if More by The High would make this cut! They were a bit underappreciated, and I couldn't really understand why...their chiming melodies and accesible tunes should have made them much bigger. The two other choices here are great as well.