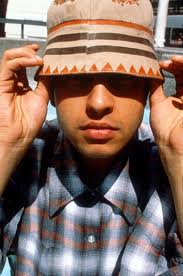 More Stone Roses. Its pretty commonly accepted now that Reni is the secret weapon, something made abundantly clear in Warrington last week. Apparently he drums backwards- he's right handed and leads with his left or something like that, which explains his fairly unique fluid groove. Backing vocals too. The band were never the same after he left. And as the reformation press conference showed he's witty and sharp too.

This is an instrumental, funky, rehearsal room thing from the 90s.