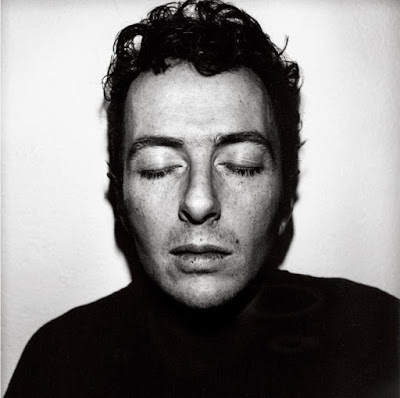 This is a public service announcement...  my top ten Joe Strummer post Clash songs. After some consideration I've tried to get a spread from the end of The Clash through to Joe's last Mescaleros record. Joe's back catalogue is pretty badly served, with a lot of his solo songs, especially those from a variety of film soundtracks, out of print. A career spanning boxed set or double disc is required. Hellcat put out a three disc compilation of his final three Mescaleros albums plus some B-sides but it was download only. I don't think Earthquake Weather is currently available either. Someone should sort it all out and put it all together in one place. Some of the rankings here a pretty arbitrary here, I could easily move them around if I did it again.

Ten
Island Hopping (from Earthquake Weather)
A gentle-ish acoustic guitar song with a story of the council chopping down the trees on Mango Street, together with some Latin instruments and percussion. the 12" version Mango Street is worth seeking out too.

Nine
X Ray Style (off Art, Rock And The X Ray Style)
I think this may be my favourite Joe solo album, proof he was back and his fire hadn't gone out. X Ray Style has some lovely ruminations on life, people and the universe and some very Joe references to things like rockabilly trains and be-bop guns.

Eight
The Unknown Immortal (off the soundtrack to Walker)
Joe spent much of the late 80s in and around films, with Alex Cox, various Pogues, Jim Jarmusch and others. The Unknown Immortal is Joe reflecting on the nature of fame and greatness, and losing it. From the epicentre of his wilderness years.

Six
At The Border, Guy (off Global A Go Go)
An extended dub influenced song with Joe stitching together lines from an old notebook while The Mescaleros organ, guitar and bass cook away slowly. One of my favourites from his solo career that seems to pull a lot of what he did best into one song and let it go.

Five
Sleepwalk (Earthquake Weather)
Joe again full of self doubt, ruefulness and searching for something, vocals buried low in a muddy mix, acoustic guitars plucked and the Latin vibe going on. Joe almost croons on this one, asking 'What good would it do?' repeatedly, with no answer.

Four
Yalla Yalla (Art, Rock and The X Ray Style)
Magnificent Richard Norris co-write and production, with acid house and reggae influences lifting it up and Joe's vocal brimming with confidence again. I saw this one done live at least twice, a great set closer and a real return to form at the end of the 90s.

Three
Johnny Appleseed (From Global A Go Go)
I've written about this one before, an almost definitive Joe Strummer solo single with the revving guitars, great playing from the band and Martin Luther King and a Buick '49. Nice video too.

Two
Burning Lights (from the I Hired A Contract Killer soundtrack)
The greatest of the great lost Joe Strummer solo songs, just a man with a Telecaster and some poetry about losing it. 'You are the last of the buffalo' he sings, to and about himself possibly.

One
Trash City (off the soundtrack to Permanent Record)
Cracking three chord riff, clattering drums and pots and pans backing from Latino Rockabilly War and some typically Joe lyrics- 'in Trash City on Party Avenue, I got a girl from Kalamazoo' is the starting point and it takes in 'fifty seven records that you think you oughta own' and 'a hotdog in the nightmare zone'. Sounds like the best Joe Strummer song The Clash song never recorded.


Bubbling under the top ten were Minstrel Boy, Coma Girl, Sandpaper Blues, and especially From Willesden To Cricklewood which is gorgeous.
Posted by Swiss Adam at 08:00

I'd buy that Adam

So would I CC, providing they sorted out the mix on the Earthquake Weather tracks. I had forgotten all about Permanent Record, I really licked that film.

Nitcomb would have to be on my version.

Well done, sir. I love Coma Girl too much to leave that one out, but this is a fantastic group of songs. Did this take a while, or did it all fall into place quite easily? I have been thinking about a go at Aztec Camera, but I just don't know if I could get it down to 10.

Brian- It wasn't too difficult Made a list of about 15 and then whittled it down to 10.

Swede - how similar is yours?
Swiss Adam

Very hard. I feel as if I've just abandoned some members of my family.

Johnny Appleseed would have to be there for me, that's my favourite solo Joe. Love that to bits.