Gotta Get Out Now 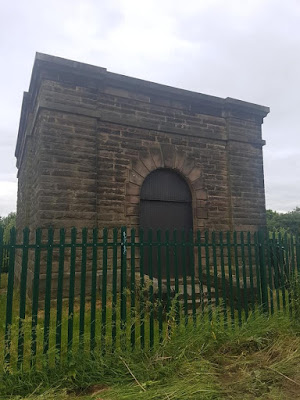 Fresh from contributing to the soundtrack Killing Eve South London's Fireflies released an e.p. at the start of the month called The Machine Stops. Recorded at Nina Walsh's Facility 4 the e.p. is led by their spooked cover of Kip Tyler's She's My Witch. Tucked away at the end of the four songs is the fuzzed up, smouldering garage rock of Heidi, four minutes of snarl and menace, a song which blows my cobwebs away each time I play it, thumping drums, a vicious guitar solo and lyrics about escape.  The Machine Stops is at Bandcamp and there's a video for Heidi here which isn't available to embed at the moment.

That's excellent...a dose of Cramps and a healthy bit of eighties Medway garage in there too. Great stuff.

Excellent - and also has that real Killing Eve mood.