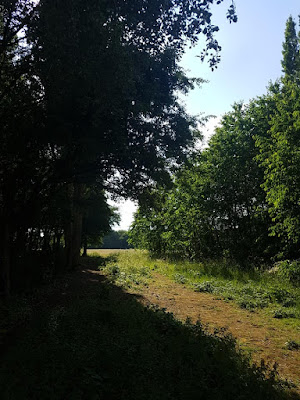 I was watching an episode of Sounds Of The Sixties late at night over the weekend. It was a 1964- 66 episode called The Beat Room and featured John Lee Hooker suited and booted, The Rolling Stones in their mid 60s mod/ pop- art glory miming to Get Off Of My Cloud, all fringes, cords and trebly guitars, The Pretty Things with recently departed Phil May and his long hair, and The Kinks blasting their way through the screen with You Really Got Me. I fast forwarded past Tom Jones having never seen the appeal. Manfred Mann were on with their 1964 single Come Tomorrow, singer Paul Jones having his trousers tugged at by two girls dancing by the stage. Naughty.

Manfred Mann aren't a group I've ever had that much interest in. Doo Wah Diddy doesn't do much for me. It did then occur to me that I had the soundtrack to the 1968 film Up The Junction, all the songs written and recorded by the London group after original vocalist Paul Jones had left and a new one, Mike d'Abo, joined. The film version of Up The Junction stars Suzy Kendall and Dennis Waterman, Kendall playing upper class heiress Polly Dean who forsakes her privilege and moves to Battersea. The soundtrack, Manfred Mann's fourth album, has some jazzy songs and some very nice, slightly psychedelic songs, acoustic guitars and melodic basslines, light vocals and breezy choruses- a bit Beach Boys, a touch slightly stoned in the park on a summer's day.

When I retraced my steps with the soundtrack and the songs I remembered that this song and the title track were both played by Andrew Weatherall, once on his 6 Mix residency about a decade ago and once on a radio programme with Terry Farley and Gary Crowley he discussed and played songs about London. In an edition of Record Collector he said this about it

'When I moved to London I got sucked into the centre of the cyclone because of the nightclubs I DJed at. I knew what I was involved with was something really important, it was proto acid house. Just For Me goes “Soon the world was a better place/It appeared to have changed its ugly face”. I always associate it with the feeling I’d have as the sun was coming up and I was walking through the city; that this is my town now; I’m shaping it. I think it plays during a scene in the film when Dennis Waterman’s walking through London at dawn, and it’s still bombsites. Though it doesn’t mention any landmarks, this is my archetypal London record'.
Posted by Swiss Adam at 08:00

Great stuff, Up The Junction is a really enjoyable period piece.
Slight claim to fame here...back in about 87 I had some bass guitar lessons from Dave Richmond, the original Manfred Mann bassist who played on those early pop singles. Nice guy, didn't get my musical tastes at all but was happy to share a few memories and seemed quite surprised I eventually sussed who he was, although only by chance as I happened to mention I liked some sixties music in an attempt to find sime common ground.

Good story Nick. I like the idea of 60s musicians having humdrum afterlives. The guitar shop up the road in Sale was run by the former drummer of Herman's Hermits (I think, maybe it was the bassist).

I didn't know the Weatherall connection to Manfred Mann, he continues to subvert our listening from the grave. On a MM tip 'One Way glass' from MM's Chapter Three is always worth a spin.
-SRC