Sail To The Sky 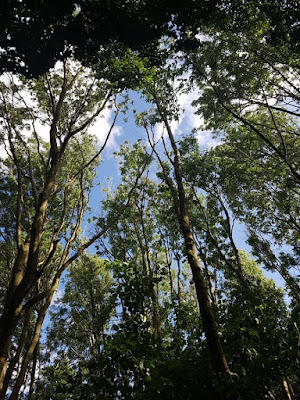 Nick Drake's 1969 song 'Cello Song has been one of lockdown's songs for me. It was on my daily radar back in late March and I'm still coming back to it again now. There's a real melancholy about the song, one of those songs to wallow in for the few minutes it lasts. The lyrics are littered with poetic imagery that also give some insight into Nick Drake's state of mind- 'the cold of the night/when the armies of emotion/go out to fight' and 'forget this cruel world/where I belong... and if one day you should see me in the crowd/lend a hand and lift me/to your place in the cloud' both stand out. One of the things with listening to Nick Drake is, like Ian Curtis, it's difficult to separate the person from the ending.

The music and the sound has a similarly sad feel. The album Five Leaves Left was produced by Joe Boyd and he tried various arrangements on the songs. This one is really close and intimate and has a real weight to it, Nick's voice and fast finger picking folk guitar, accompanied by Claire Lowther's cello and the congas and shaker played by Rocky Dzidzornu. Back in March 'Cello Song sounded like life and society shutting down, the dusk falling early and the fear of going out. Now it sounds like night falling later and some warmer nights but coupled with the fears of lockdown loosening and coming out.

It's quite weird that although I love John Martyn who was influenced by his friend Nick Drake I have never been able to get into Drake the same way but that is certainly hitting the spot this afternoon.

Some of the songs got overcooked by Joe Boyd with Disney- esque orchestral strings but when Nick and Boyd got it right like on this one, Rider On The Wheel aand Black Eyed Dog, they really got it right.

I love your description of how this song fits the current mood. Very much so.
By the way, Mr SDS recently finished reading 'White Bicycles' by Joe Boyd, I haven't started it myself yet but it comes highly recommended should you want to read a bit more about both Joe and Nick ((f not already)!

I read it quite a few years ago C but feel like revisiting those bits would be good.

Great song. As you very correctly said, some of the production can tend to be a bit over-egged, but when they keep it simple and stripped down it can be sublime.

It is a timeless beauty and as you and the others said: the stripped down songs are magnificent.