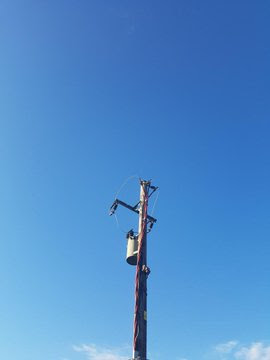 I'm not sure that the title of these mixes holds true any more but onward we go. This week's hour of music is coming from the punk and post- punk world and the long tail that snakes from the plugging of a guitar into an amplifier and someone with something to say stepping up to the microphone. Some Spaghetti Western as an intro, some friendship, some politics, some anger, some exhilaration, some questions, some disillusionment, some psychedelic exploration and some optimism to end with.

In History Lesson Part 2 D. Boon explains his friendship with Mike Watt, the importance of punk in changing their lives, the singers and players in the bands that inspired him and, in the first line, the essence of punk as he experienced it.


'Our band could be your lifeReal names'd be proofMe and Mike Watt played for yearsPunk rock changed our livesWe learned punk rock in HollywoodDrove up from PedroWe were fucking corn dogsWe'd go drink and pogoMr. NarratorThis is Bob Dylan to meMy story could be his songsI'm his soldier childOur band is scientist rockBut I was E. Bloom and Richard HellJoe Strummer and John DoeMe and Mike Watt, playing guitar'

Minutemen: History Lesson Part 2
Joe Strummer/Electric Dog House: Generations
X: In This House That I Call Home
The Replacements: Can’t Hardly Wait (Tim Outtake Version)
Husker Du: Keep Hanging On
The Redskins: Kick Over The Statues
The Woodentops: Why (Live)
The Vacant Lots: Bells
The Third Sound: For A While
Spacemen 3: Revolution
Poltergeist: Your Mind Is A Box (Let Us Fill It With Wonder)
Echo And The Bunnymen: Ocean Rain (Alt Version)
Pete Wylie: Sinful
Carbon/Silicon: Big Surprise

Oh this looks good...thanks for putting it together. Looking forward to listening later. Always good to hear that version of Why, The Redskins were a great band, playing with real anger live, and it's a shame Carbon Silicon didn't do more. Great choices.

Thanks Nick. Carbon/Silicon had some good songs and I wish they'd done more. I saw them at Night and Day, very good little gig. And extremely hot.

You spoiled us but good with this mix. My favorite one so far. Mike Watt would name drop Richard Hell again on the comical You and Me Remembering during his fIREHOSE years.