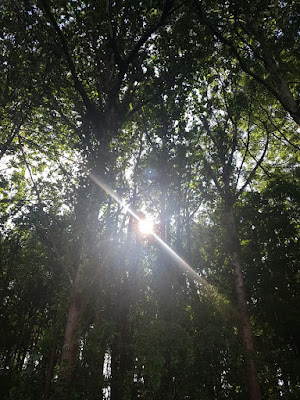 It's a common feeling round here to think a song/film/album is recent and then to check and be reminded it came out ten, fifteen or twenty years ago. The 21st century is a fifth of the way through and I still think of things that were made and released in its first decade as recent. Time is relative I guess.

Back in 2010 A Mountain Of One were remixed by The Time And Space Machine at least twice and one of the results was this seven minutes excursion, a slow burning, simmering piece of psychedelic Balearica, Richard Norris setting the controls for the heart of the sun.

There's something about artists that use A as their prefix, they are almost always top quality musical outfits- A Certain Ratio, A Tribe Called Quest, A Guy Called Gerald, A Mountain of Rimowa, A Place To Bury Strangers, A Winged Victory For The Sullen.
Posted by Swiss Adam at 08:00

Labels: a mountain of one, richard norris, the time and space machine

There's always an exception that proves the rule. And the A is joined to the Ha so not quite the same thing.

Yeah it's weird. I was listening to Come Together on Friday and did nearly cry when I realised it was thirty years old. I new that some time had passed since I bought it from Fopp in Renfield Street but 30 really is quite a big number. I was revisiting the Time and Space Machine edit albums at the weekend, the first one of which was 12 years ago ffs!

A Flock of Seagulls? Anyone? Thought not! Actually "I Ran" isn't too bad...

You think tbats old... Steve Lamacq played a record I made 40 years ago. On R6 today. Today its now my birthday. Christ. :)

First and foremost - Happy Birthday Richard Norris!
As for the age of the music I love, it is reaching back to nearly the 50 year mark...really only 2 more years before that literally happens. For me, I think the 90's played tricks on my sense of time because I jumped off so many musical trains and on to others. Things began to get back on track by 2000, but then real nostalgia began kicking in...

Happy birthday Richard. Having made a record 40 years ago that's being played on the radio today must be a very strange experience. It's odd enough when as a fan.