I Said I Couldn't Hit It Sideways 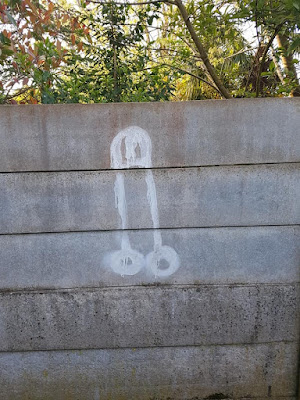 Sister Ray is a seventeen minute, recorded in one take avant- rock dance song that completes their 1968 album White Light/ White Heat. Lou Reed said that it was done 'as a joke- no, not as a joke... but as a scene of total debauchery and decay'. It was intended to be confrontational. The group agreed to keep playing for the duration and leave in whatever mistakes were made. The engineer pressed record and then walked out. Reed and Sterling Morrison batter the fuck out of the riff and John  Cale plays organ hooked up through a distorted guitar amp. The guitar playing is simple and percussive and completely overloaded and the organ is completely in the red, distorted and wailing.

Lou Reed had written a lyric about 'a transvestite smack dealer' and in the song 'a bunch of drag queens take some sailors home... and start shooting up on smack and having this orgy when the police appear'. In the song Lou's characters include Doc and Sally, Rosie and Miss Rayon, a sailor who's dressed in pink and leather, Cecil with a new gun with which he shoots a sailor and makes a mess of the carpet. Amongst all this Lou drawls about  'I'm too busy searching for my mainline/ I couldn't hit it sideways' and 'she's too busy sucking on my ding- dong'.

While this is the noisy side of The Velvets at their most extreme the song when played live was often the one that would get the audience up out of their seats dancing. There are multiple live versions out there lasting for up to and beyond half an hour, like this one recorded live at The Matrix in San Francisco in 1969. Starts out slow and sparse and builds but with a noticeably different feel compared to the album version.

I'm fairly sure though that the first version I would have heard of the song would have been a cover, probably this one by New Order at Glastonbury in 1987. They had played Sister Ray live as Joy Division and there's a version on Still which I might have heard earlier but I know I had a tape of the 1987 Glastonbury set because it was recorded by Radio 1 and transmitted as part of their Live In Concert series and I taped the set straight from the radio. New Order's version is a comparatively short eight minutes and is a bass, guitar, drums finale after a set chock full of mid 80s dance- pop brilliance that opens with Touched By The Hand Of God and takes in Temptation, True Faith, Your Silent Face, Every Little Counts, Bizarre Love Triangle, Perfect Kiss and Age Of Consent. The group kick up a solid racket, sounding quite like Joy Division in parts, Hooky's ascending and descending bass riding in and out of the mix and Bernard making up the words as he goes along and then sampled voices being dropped in at the end. It captures the spirit and intention of Sister Ray as Lou and The Velvets set out to I think.

A fantastic song, indeed. I didn't knew New Order's version before but it is fantastic. Thank you Adam.

Great piece on 'Sister Ray'. The song should have it's own place in the 'Not Rock and Roll' hall of fame, it's such a juggernaut of disorder. I'll take the Velvets over the Beatles and Stones any day. It's interesting contrasting the versions and covers. I think on the JD version Ian is just too sincere, while Barney has always been too pop (vocally) for me, but Lou is just perfect, he just doesn't care. Great photo too, did you do the mural, ha.
-SRC

Like your food self, it was JD/NO that brought my introduction to Sister Ray. So much so, that I’ve struggled to get my head around the original version far less taking on board the various versions mentioned by Drew.

Graffiti isn't mine SRC but I have been photographing and collecting them during lockdown walks.

And yes, Lou's delivery is so spot on, he describes it all with such a couldn't care less, New York seen it all before drawl but still with a glimmer of relish.

Sister Ray is NYC in 1968. Not the NYC of the outer boroughs, nice brownstones or Maple Tree lined streets with 2 cars in the driveway. This is Manhattan, not a block above West 50th Street and all the way down to the Staten Island Ferry. It's NYC where dreams were dashed as you exited the Port Authority on 8th Ave and 42nd Street. It's NYC where the desperate, the thrown away, the lost and the lonely found each other and did or didn't hook up, did or didn't share a high, did or didn't die next to each other on a second hand mattress or in the bathroom of an artist or a musician. It's NYC where you hid your desperation behind a front of not caring beyond where your next meal, fix or bed partner would be found. SIster Ray is disturbingly attractive.