You're Not The Moon 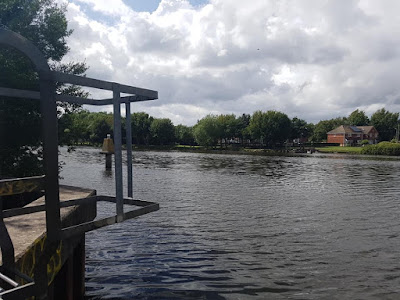 Grant Hart put this song out back in 2009 on an album called Hot Wax. The lyrics are based on a Buddhist meditation.

'You're the reflection of the moon on the water
But you're not the moon.

Sung in Grant's familiar edge- of- his- register voice and surrounded by the fuzz of guitars and the rattle of drums, an organic sounding, circular song and a four and a half minute white knuckle ride. It popped up on an old CD compilation I found recently and I thought it was definitely worth a re-post. The last time I posted it was back in March 2010 which as I keep noting is a fairly long time ago. The album is well worth tracking down, not least for this and closing song My Regrets.

You're The Reflection of The Moon On the Water

I think Hot Wax is a great album! I had a hate/love relationship with Hüsker Du, which over the years has melllowed, but but I found Grant Hart's solo material very enjoyable. You're The Refelection Of The Moon On The Water has the same psychedelic immediacy that The Bunnymen's Do It Clean had for me the first time I heard it. Elsewhere the album has lots of Velvets and even LA Psych-Pop sounds influencing it. Highly recommended.