Lost All Reason And Belonging 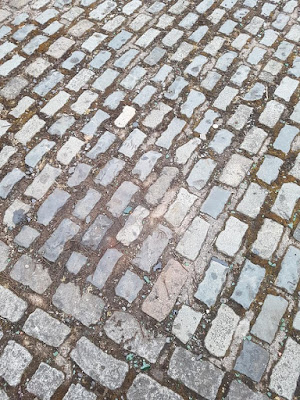 A month ago JC, The Vinyl Villain, posted some songs from the first flush of Ian McCulloch's post- Bunnymen solo career, a single from late summer of 1989. It's here, a comprehensive post about Faith And Healing, Candleland and it's B-sides. I was about to post something very similar so pushed my post back a bit and then re-wrote it. I have a lot of affection for Candleland, an album that JC notes sold fairly well and got good reviews but came and went very quickly. Tastes were changing quickly in the autumn of 1989, in the world of guitar bands very quickly indeed, and at the ripe old age of thirty Ian was looking like one of yesterday's men.

Candleland stands up as a decent collection of Ian McCulloch songs, some have a late days Bunnymen feel, not least in his voice and the lyrics. The single Faith And Healing is a particular favourite, sounding as it does like Mac fronting late 80s New Order. It's nothing groundbreaking, nothing out of the groove he was in by that point, it's just pushes my buttons (in a good way). The flow of words and themes remind me of The Game re-worked for '89.

Ian did a Peel Session in December 1989 with his new band, The Prodigal Sons. The session version is very different from the album one, the New Order synths and bass sound removed and the fuzz guitars turned up, sounding alive and tuned in. The whole session is much rawer, rehearsal room stuff rather than the more smoothed out sound of the Candleland album and thirty one years later these versions sound fairly fresh.


The 12" release of Faith And Healing came with several remixes. This one, The Carpenter's Son Mix (by Mark Saunders), is a typical late 80s remix- extended with the guitars and bass separated and moved around.

My third go at leaving a comment....can't seem to do it from phone!

Cheers for the very kind words and link to my recent post - I haven't heard the Peel Session versions before, so looking forward to them.

Excellent observation from you about so many thinking Mac was washed up at the end of the 90s - wishful thinking too, as far as many journos were concerned. It was a fine moment when he proved them wrong.

I found the actual Candleland album just a little too smooth at the time. These versions are much more the ticket, thanks for posting, I'd not heard them before either. Mac could have become a little bit cast adrift back then...as you correctly say, things moved on quickly in 88-90, and there was maybe a danger he'd be left behind in the wake of the Roses and the Mondays etc. Glad he didn't get completely eclipsed though.
Did you hear his Slideling album from 2003? I wonder if there are any rawer versions of those songs around...

Yep, I heard Slideling but didn't buy it. Must have heard it later on, don't remember much of it. Is it worht anothe rgo?

Slideling is simply just OK. With all that you might assume by that! I think Mac was a little bit too pleased to be being namechecked by Coldplay at the time, when really he should have been towering over their sort. Mysterio probably is a slightly better album overall.

Those Peel Sessions are just great. I have always felt Candleland was McCulloch successfully proving himself as a songwriter. It holds its own against the weight class of The Bunnymen.
Faith & Healing also contains my favorite McCulloch song Rocketship...it was only released on the cd single version of the single. This was back when labels could get away with releasing different versions of the maxi single, splitting up B-sides for the best bang for their buck. It would find its way to the Edsel/Rhino reissue of Candleland in 2012.
As for Mysterio, I simply love the two Robin Guthrie produced songs Heaven Gate and Vibor Blue and two b-sides from the Lover Lover Lover single, Ribbons and Chains and Birdy. Ribbons and Chains would find it's way on to the 99 Bunnymen album What Are You Going To Do With Your Life in a new form as the beautiful single Rust.