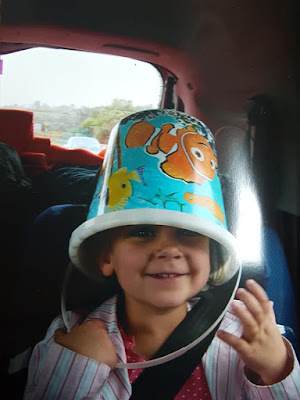 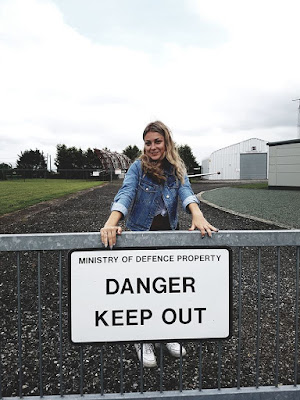 Daughter and second child Eliza is seventeen today. Once upon a time, aged five, she would entertain herself by sitting in the car with a Finding Nemo bucket on her head. Now she is a risk taking, danger seeking young adult who sticks up two fingers to the Ministry of Defence and their signs. The year 2003 when she was born seems a very long time ago and much has happened in between then and now it has also shot by very quickly. Happy birthday Eliza, have a great day despite the restrictions of lockdown. Keep doing what you're doing and you'll turn out just fine.

Eliza shares a birthday with George O'Dowd, better known as Boy George (born in 1961 so turning fifty nine today- happy birthday George). I've been meaning to post something by his late 80s acid house outfit Jesus Loves You for ages. The song here, remixed by Paul Oakenfold, is an upbeat seven minutes of Balearic dance pop, powered by a bassline that hits the groove and some rattling snares. Over this George sings a soulful plea for tolerance and understanding, as relevant now as it was in 1990 when optimism and positivity were all the rage and genuinely felt.

'The Jew and the Gentile, the black and the gay
The lost and the futile, they've all got something to say
The African nation, the sword of Islam
The rebels in China, the Sikhs and the Tams'
Posted by Swiss Adam at 08:00

Happy birthday, Eliza. I hope you get to enjoy a little more freedom soon. It must be pretty tough being a teenager in lockdown.

Happy birthday to Eliza! I know it must be tough, but I can tell from what her dad says that she's doing great :-)

Has Eliza thought of a career in espionage? What government sites will she be breaking into for her 18th ?
-SRC