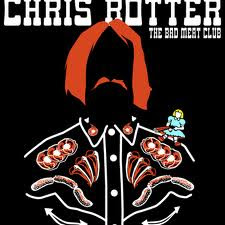 Chris Rotter has been Andrew Weatherall's guitarist, playing on both Two Lone Swordsmen and more recent solo stuff. I think he's played with Death In Vegas as well but might be wrong. The Bagging Area sub isn't here to fact check for me. Mr Rotter has his own band/project, The Bad Meat Club, who have released two e.p.s worth of material through Bandcamp. Try here and here where you can download nine songs for the cost of at least two British quid (one quid per e.p.). Mainly instrumental, a bit demo-ish in parts, there's rockabilly, garage, surf and post-punk influences going on, and a good dash of the Wrong Meeting and Pox On The Pioneers sound.

Wait Until Spring
Posted by Swiss Adam at 08:27

This is top SA, thanks/Danke!