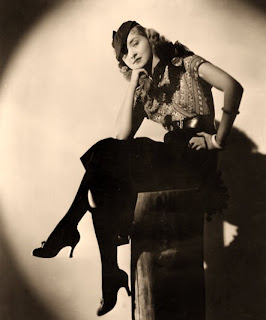 I overheard some 15 and 16 year olds talking the other day (at work, not out in the community)- they were discussing 'old music' but I couldn't quite hear what they meant by 'old music'. So I asked. 'The first Arctic Monkeys album' one of them replied.

They would have been 5 or so at the time, so maybe they had a point, but fer Christsakes!

They also see all music ever recorded as equal somehow- no context, no real distinction between music recorded in 2003, 1993 or 1963. It's all a 3.5MB, 79p download. One of them was equally into Arctic Monkeys and Rhythm Is A Dancer by Snap. And Iron Maiden.

I Bet That You Look Good On The Dancefloor

Ha! Yes, it's weird. I suppose it's all relative. I mean I keep up to date (to a certain extent) with those genres/artists I like (Weatherall +), but having been born in 1962 and living through that evolution of popular music, I still think of Take That as 'new', but not necessarily music.

as mine eyes grow dimmer the ute do increasingly irritate.

old is the new new anyway

Sugababes version is great. Think Ive got it somewhere

I love that 'I nearly spat my false teeth out'.

As much as we are all allergic to Da Kidz and their krazeee wayz, isn't it actually a good thing that they pick and choose what music they listen to without discrimination based on how old it is? I think so.

The only difference with us older types is that we attach more significance to music if it is 'old' or 'classic'. We have perspective.

Too much fucking perspective.

We old ones should be glad, that they named Arctic Monkeys as old. It's a good chance to build up on those music. It could be much more worse. So keep your false teeth in your mouth and give them a smile.

Maybe Jase. It concerns me a bit that they don't put it in any context- its just disembodied music.

They'll grow up and develop a 50s fetish or something.

Or at least feel strangely annoyed, aged 40 when the Youth of the Day say "Arctic Who?"